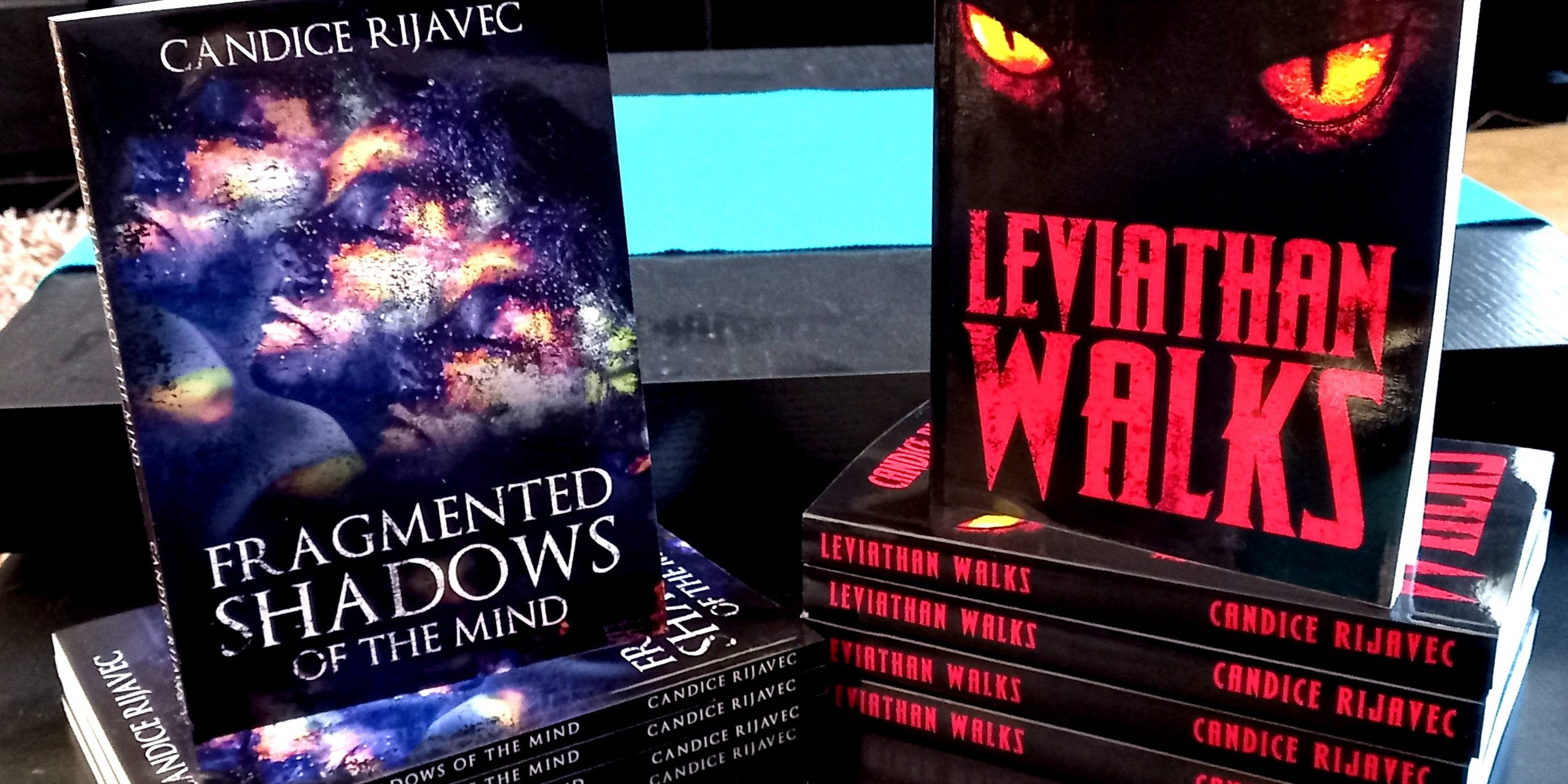 Right now, I’m feeling the same overwhelming emotions that all my Authors talk about when they hold their books for the first time! It’s, simply, overwhelming…

This is the first time I have decided to print Leviathan Walks and Fragmented Shadows. I never considered it before but because of too many requests, well, I saw no reason not to.

I cannot believe I’m holding these books in my hands. It’s overwhelming. It’s tangible. Putting pen to paper, writing all of this, was incredibly hard but, also, a healing journey… and now, I cannot help but feel overwhelmingly proud and ecstatic! Even though these books talk about such disastrous times in my life… The Krugersdorp Killers… Leviathan… fighting for my life from several death certified illnesses… almost dying too many times to count… suicide attempts… and things that cut so deep within the heart… it has now all become a STRONG stepping stone… a mountain CONQUERED… NUMEROUS mountains, actually. These books now tangibly depict a part of my 12 year journey, where too many things happened to try drown me, BUT I learnt to swim! Becoming an Olympic swimmer, maybe?

Almost feels like it was a David and Goliath scenario… except, it was me and Leviathan… literally… yes, literally.

This moment, right now, has given me so much encouragement and a “sling shot” boost to write The Best Friend… talking about the ULTIMATE thing that set me on this disastrous 12 year journey.

I have to say that still, even now in this moment where this part of my life is so tangibly raw in front of me, I cannot believe how far I’ve come and what I have, literally, survived. I am a giant compared to what I was before it all happened… even though it doesn’t do anything for my physical height, unfortunately. It is all, now, like day and night. I am so much stronger; I am no longer that person who I wrote about… and still, continuously, growing, getting stronger, living life unashamedly and FREE!

DARE TO BE FEARLESS!