My Battles With Sexuality 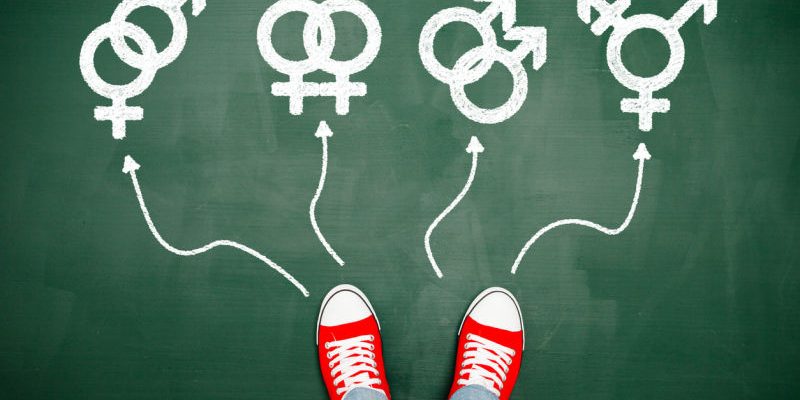 The topic of my sexuality is, most possibly, one of the biggest issues that “wage war” on the inside of my mind, on a fairly regular basis. Sexuality, as a whole, is a massively disputed and never-ending topic world-wide as well, despite the fact that diverse forms of sexuality is becoming more and more acceptable over time.

To get this off the table, for those of you who have not read my other blog posts or do not know me… I am gay (aka. Lesbian).

Now, growing up, I was raised in a Christian household with rigid Christian principles and rules. On the topic of sexuality, the statement always was, “If you’re gay, you go to hell.” For the vast majority of my life, sexuality never was an issue for me, simply, because I wasn’t looking for a relationship, but a friendship… a friendship that I related to as an exceptionally close “best friend”. I had seen the “issues” that can arise once you’re in a relationship and I wanted to avoid that altogether. It was far simpler to remain single, and to just have friends. Yes, as I matured into my teenage years and early adulthood, sexuality started peaking it’s head and I became interested in relationships. However, my fear of disastrous and abusive relationships kept me at bay, and I avoided this as much as I could. I would, however, still continuously make friends. Friendships had enough “ups and downs” for me, and enough heartache too, so as time passed with more and more disastrous friendships, on it’s own, it made me even more weary of actual, intimate, relationships. I stayed single until my early 30’s. I never dated, I never kissed anyone nor had I, even so much as, held hands with anyone. I was single, as single could get!

Into my early 20’s, I started being cross questioned, now and then, if I liked girls. My immediate response was always, “No!” and then when I asked why, the ONLY answer ever given to me was, simply, because I just never dated anyone. Really? That’s the only reason people thought I liked girls? People were talking. Why, I do not know. It was my life, not theirs. Perhaps they saw more “to me” than just the reason they gave me. In my early 30’s, finally, someone pointed out a far more logical reason for this question: What I was craving in my friendships, is not a friendship but a relationship. Up till that point, any close friend that I had, was a girl. And, apparently, what I craved from that friendship, was not actually just friendship. Being confronted with this, immediately set me into denial because, simply, “If you’re gay, you go to hell.”

In my late 20’s, I had a very “strange” friendship with a woman who, I was later on told, was possibly Bisexual. This would definitely account for the strange behaviour she had toward me. The friendship set my mind on a rollercoaster of thoughts and caused me to face my sexuality. For the majority of this friendship, I stayed in denial… unwavering, denial. I was not gay. However, towards the end of the friendship, and mass amounts of “rollercoaster rides” in my mind, with seemingly endless questions to myself, I started to consider that I was Bisexual. At that point, I would “never” step into admitting that I was entirely gay. In a dumbed out reasoning, I would rather be Bisexual because then a part of me was being true to who I was, and the other part of me was petrified of going to hell. I need to add here that absolutely nothing happened between me and this friend.

In my mid 30’s, after several life threatening illnesses (Spoken about in my book, Leviathan Walks), I decided that I had to come to terms with, “Who am I really?” NOT who do people say I am or who I should be. NOT taking into account any “outside” factors, but purely focusing on ME. So I decided to find out. My first step was an encounter with a man. Memories I wish I did not have, nor will I go into detail about. But I had definitely realized, within myself, THIS was NOT for me. Then I met a woman, around my age, and explained my predicament to her. She wanted to help me figure out my sexuality. Not going into detail here, either. In conclusion, I realized, whole-heartedly and without a doubt, I am gay. I’m not going to talk about my exceptionally low relationship count here. I am talking about my own “war” with sexuality, and hopefully, to those of you who read this, and also struggle with it, it will give you comfort that you are not alone in this.

In moments of “war” raging in my mind… I want to back peddle and hide. I feel condemned, judged and basically like the scum of the Earth. It is still HEAVILY embedded into me that, “If you’re gay, you go to hell,” and in all honesty, I do not know if this statement will ever leave my mind entirely. Yes, I have heard and read many Biblical arguments saying that being gay is a sin, and then I have read others that it is not. In those moments, where Biblical argument clashes with Biblical argument, I ask myself what, ultimately, would God really prefer? And if He doesn’t prefer me to be gay, is He at least okay with it? Countless people could argue this topic with me, from any standpoint, but ultimately, it is a war within my own mind, based purely on how I was raised and of course, the fear of going to hell, all simply because I like women… and, of course, it is my decision at the end of the day.

When I deny, to myself, the fact that I am gay… I feel trapped, bound, restricted, and outright miserable and unhappy. It is honestly one of the most miserable feelings that I can ever encounter; not because I need a relationship with a woman but, purely, because I am denying and lying to myself about who I am. My identity is gone, yet again. I grew up with no identity of my own – it was always dictated to me. So, to finally know “who” I was, in at least this aspect of my life, is entirely freeing for me; and to deny it, well, I feel trapped and lost all over again… right back to how I was in the beginning.

In moments of acceptance, without judgement, of being gay… in all honesty, I feel completely and utterly free. I am exceptionally happy. I say this, even while being single. Whole hearted acceptance of what my sexuality really is, is PURE freedom to me. If you remove all the condemning factors, including the statement, “If you’re gay, you go to hell,” and rather turn it into, “You’re allowed to love whoever you want to love. It is love after all, and love is not a sin,” then I find utter freedom in accepting my sexuality. Actually, I honestly have no accurate enough words for it. I had denied my sexuality for the majority of my life, and now, in moments of completely embracing it, it feels like PURE freedom. I am not talking about freedom in terms of going to “hook up” with every woman, left, right and centre. I am talking about PURE freedom in knowing that “it is really okay” to love whoever you want to love, and that “it is really okay” to be who you really are.

So what have I decided up until now? There’s a vast number of things I could say; I could honestly ramble on about this for ages. But ultimately, I know I am gay. The choice I have to make is whether I act on it or not. Since I am a fairly reserved person, staying single is, somewhat, easy for me. Although, yes, I do still crave the closeness of a relationship. I am not talking about craving sex. I am talking about “a heart-to-heart, I can hug you and hold you when I want,” type of connection.

One of my friends regularly points out that I have a habit of saying, “Wow, I am SO gay!” or “No, I am gay,” or pretty much any statement that ends with me being “gay”. I have caught myself doing that, and in those moments, I had been laughing off something because I was “too gay” to like something that a straight person would, and I would find it utterly ridiculous that a straight person could like it. Not sure if I’m making any sense? But after too many comments ending in me being “gay”, and my friend repeatedly telling me that I don’t have to keep saying it, I started to wonder if there was perhaps an underlying issue. I do make a lot of jokes around serious, or troubling, issues. It’s part of a coping mechanism built into me. After thinking about it extensively, and backtracking my steps throughout my sexuality, and so on… I finally realized that, even though I may end my comments or jokes with me being “gay”, there is still that “war” waging on the inside of my mind. And if I’m not completely aware of it all the time, it is always there subconsciously.

Now, taking into account what I have just mentioned, I only say these “gay statements” to other gay people. We have a mutual understanding and a mutual acceptance of one another. So basically, anything goes (almost) in conversations. When it comes to people I don’t know, or my work, I hesitate (a lot) to admit that I am gay. Why? Because of the seemingly endless judgmental statements and the “looks” that I’ll potentially get. I do not go around and “advertise” my sexuality. Most people think I am straight, to be honest. Perhaps I have just managed to keep up the façade of looking “acceptable” in order to not receive any condemnation. Maybe it’s just because I am not your typical “stereotype gay” person? Not sure. I haven’t thought about it, until now.

The world would be a much easier place to live in, if judgement and condemnation were not it’s “top priority”; and it would be a much nicer to place to live in, if people could truly find freedom in being able to love whoever they want to love, regardless of sexuality. But this is how the world is “now”, so this war will potentially forever rage in my mind… only time will tell if it ever goes away or not. But for now, this is me: I am gay. I will have moments of war, and moments of freedom, in being me. But it’s for the moments of feeling utter freedom (finally) in my life that I live for – not denying who I am, and accepting it instead. I have felt trapped all my life by others, and now to deny who I am, even in my sexuality, feels like I am entrapping myself as well. At the end of the day, I just want to finally feel free! 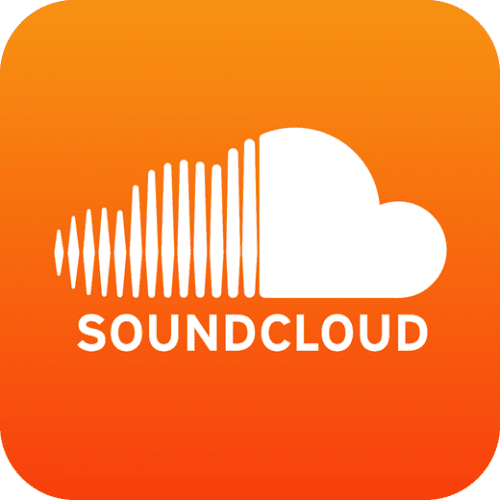 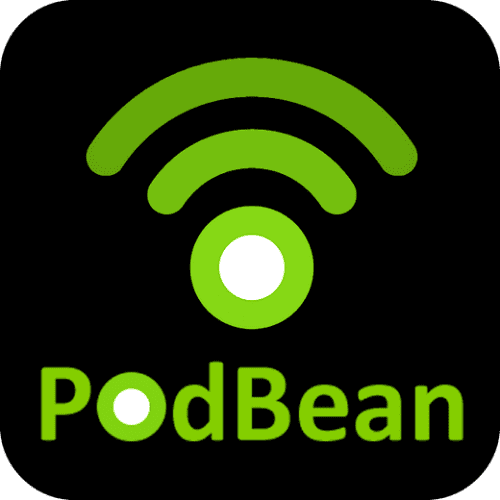 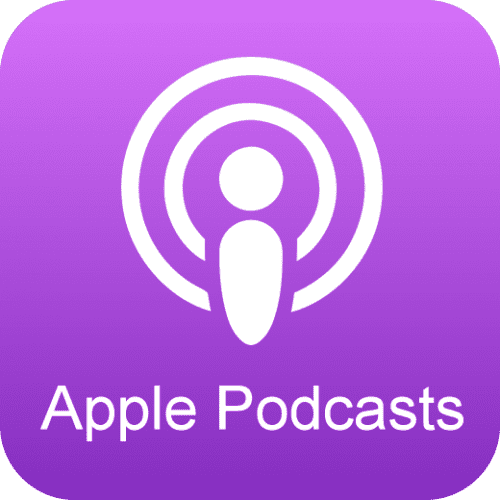 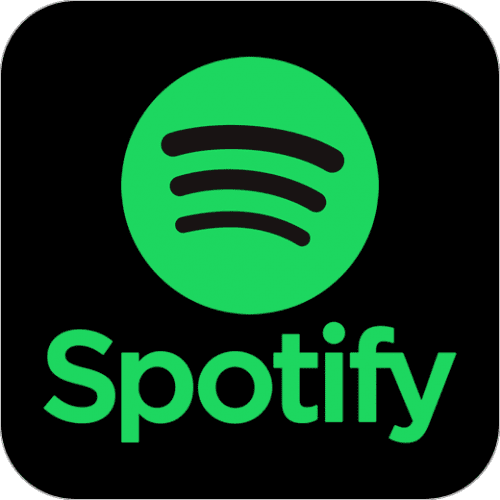 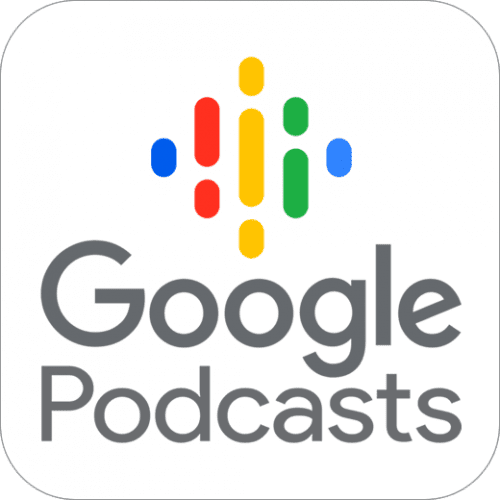 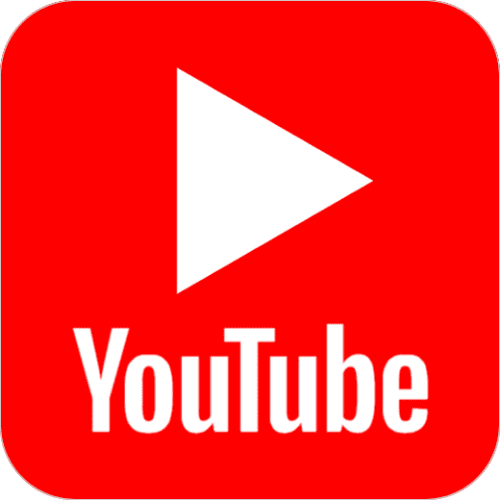 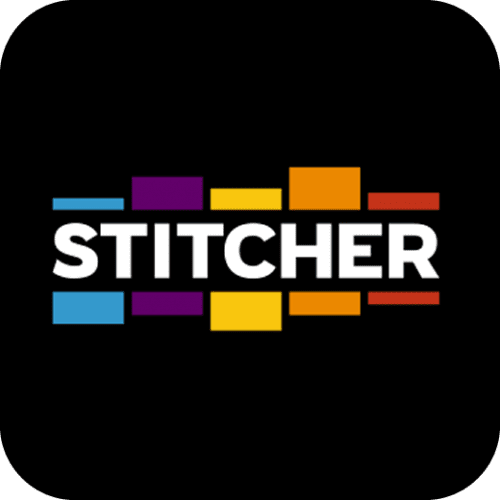 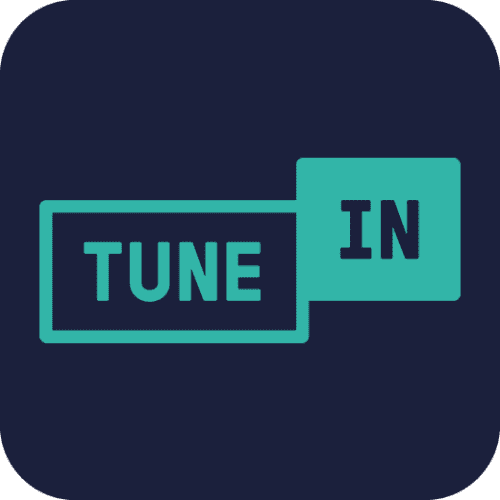 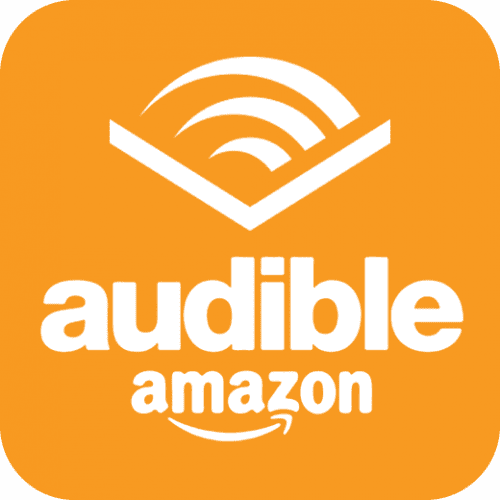 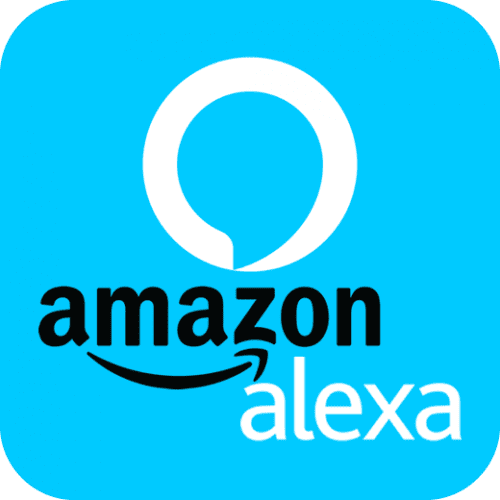 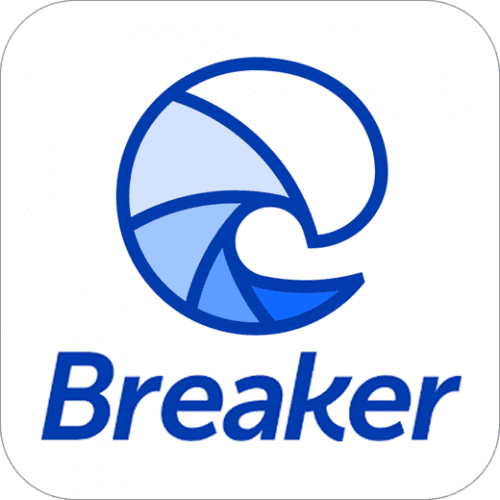 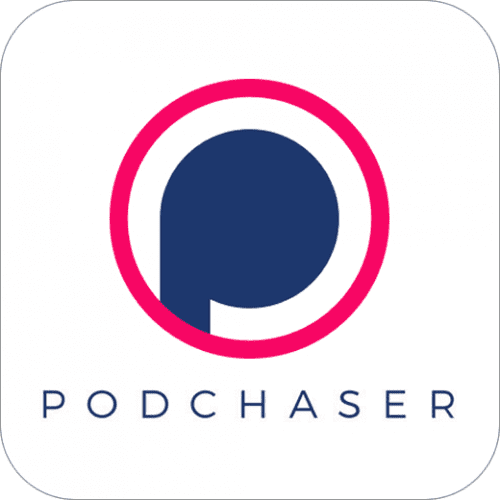 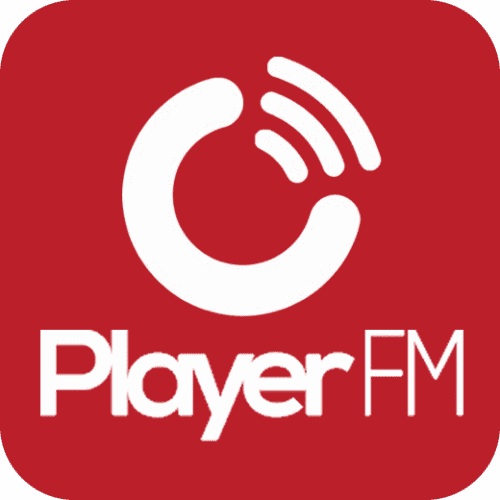 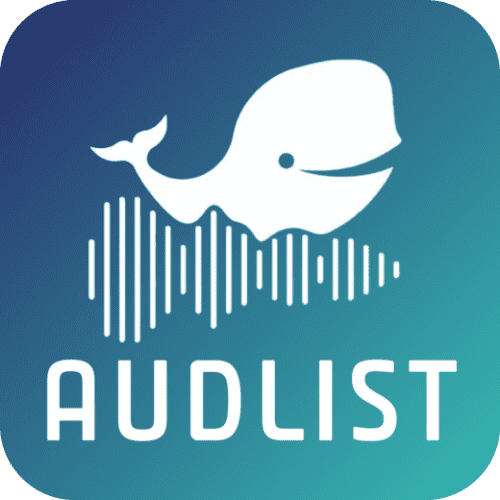 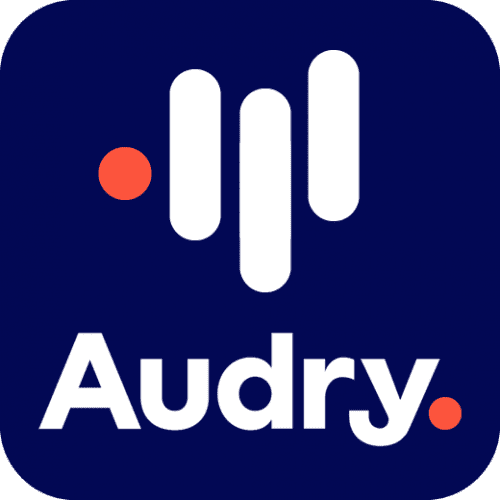 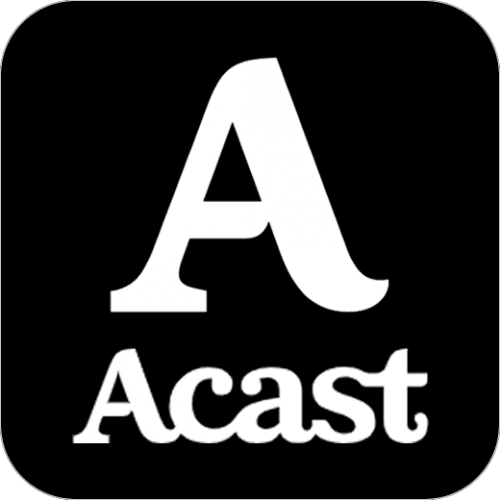 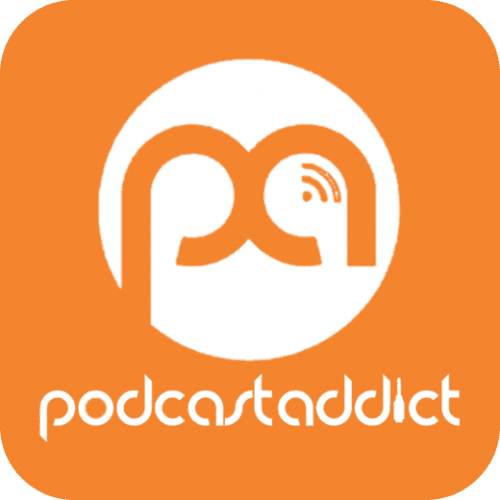 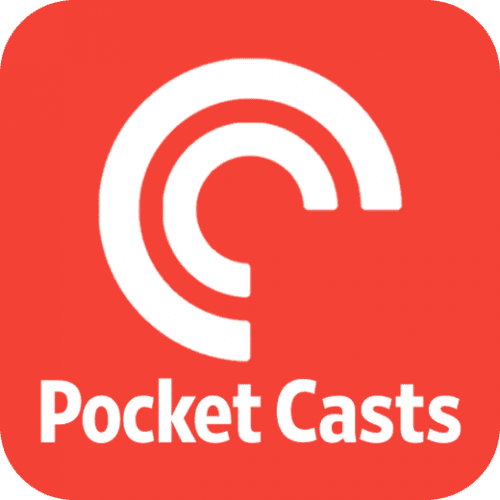 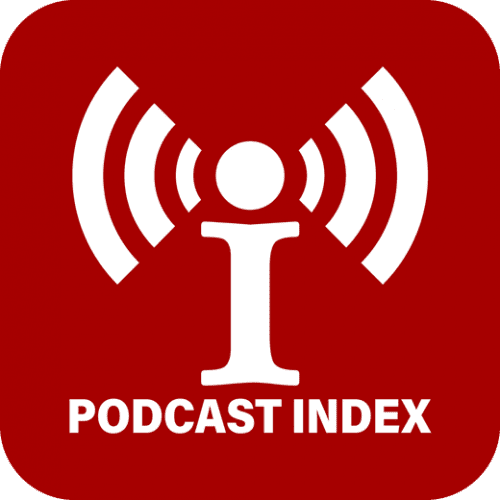 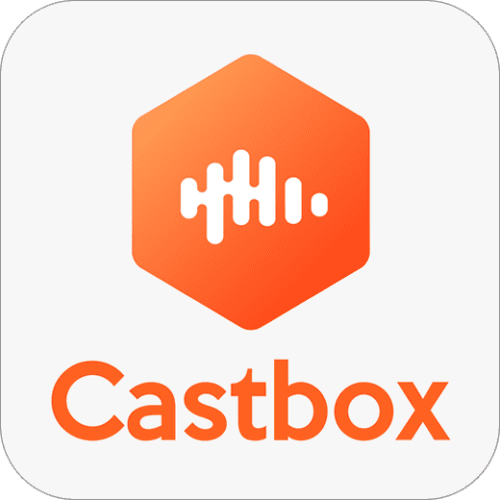 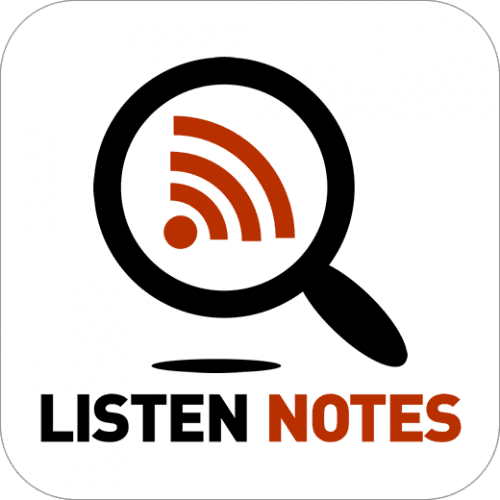 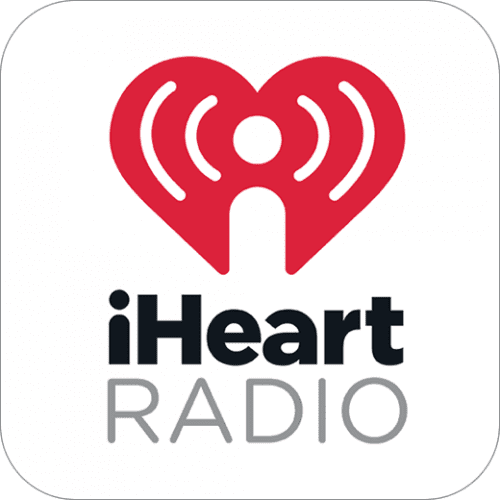 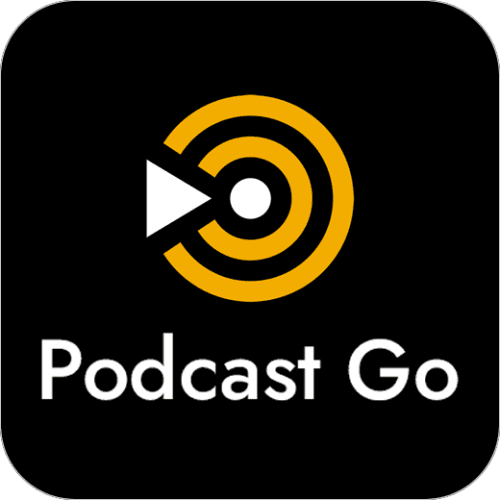 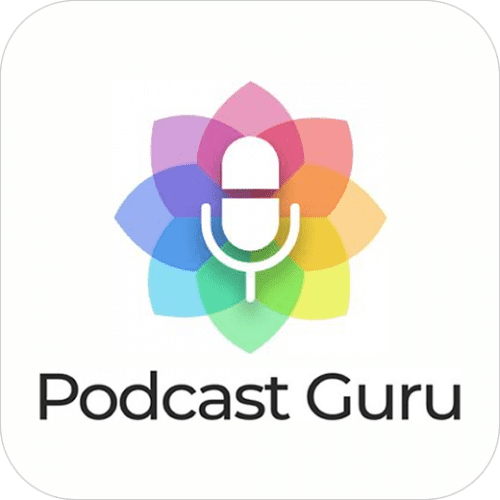 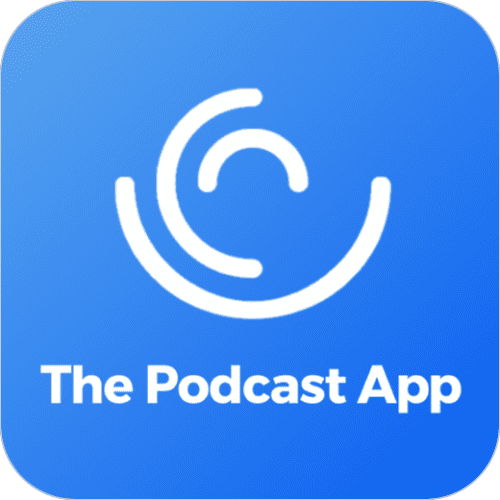 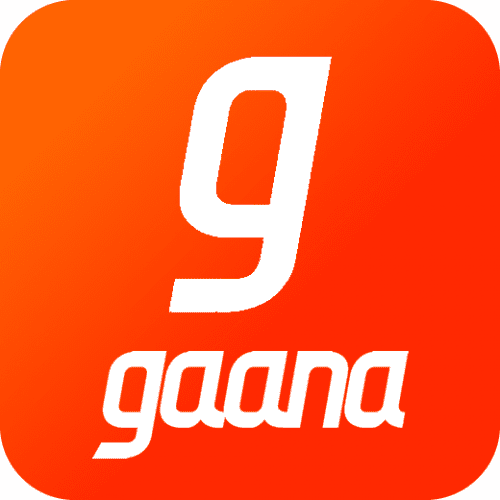 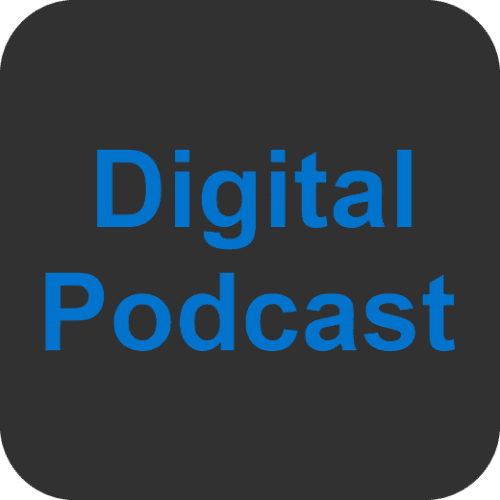 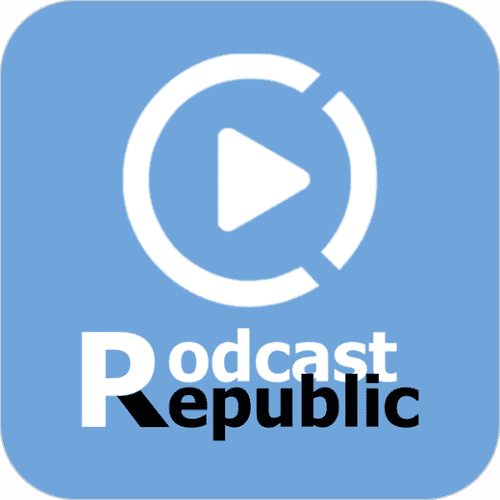 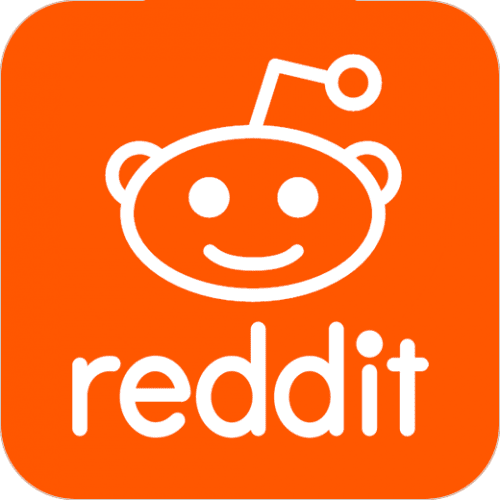