The Lie With The MOST EXTREME Evidence

Of all the lies that Cecilia Steyn had ever told, this one was the MOST dramatic attempt that she had ever gone to, in trying to get people to believe all her lies. How could you not believe it? It was LEGITIMATELY REAL blood…

The Most Ridiculous Lie Ever Told

This lie, by far, was the most ridiculous of all… yet, we all completely believed it. How could you not, after witnessing the most mind boggling “demonic” seeming kind of event, right in front of you? It was “too unnatural” for the lie to not be true.

Raped By Her Father, Through Her Husband

There was no limit to the extreme lies and vast amounts of evidence, from Cecilia Steyn, for the claims she had over her life and the things that happened to her… even her own family was used as a means to fool people… and even if it meant self-inflicted abuse too.

MINDSPLAT! Can someone explain this away because none of us could!? Not even investigators or the prosecutor could. VERY weird events with Cecilia Steyn that no one knows about.

PLUS … A MAJOR BREAKTHROUGH insight into helping people understand how we were so easily fooled!!

How Cecilia Steyn Ultimately Convinced Me

How Cecilia Steyn Tried To Steal My Identity

You won’t find photos of Cecilia Steyn (and those from her group) from before they were arrested. There is only one reason but it is not a reason you could ever imagine… a “spiderweb link” of nonsense.

Up until this point in my “friendship” with Cecilia Steyn, there had NEVER been a reason to be scared of her or even slightly worried, at the least. This was the first time Cecilia had made a threat towards me, all simply because I was confused… ultimately, because I wasn’t just “doing as told without question”. I don’t think I could ever accurately explain this moment; the fear and the icy cold shivers that ran down my spine; the look in her eyes and the tone of her voice; everything. Little did I know that I had witnessed a glimpse into the truth, at this moment. Little did I know that this was the moment that I needed to start fearing for my life.

Questionable Events At The Doctors

Visiting these doctors’ rooms was an almost weekly event. What should be a “normal” trip to a doctor, was definitely never the case with Cecilia Steyn.

Please brace yourself if you listen to this! Cecilia Steyn’s sadistic methods and tactics for controlling her group, and anyone she met, REGULARLY involved victimizing animals… to gut wrenching extremes.

The EXTREME Brainwashing The Movie Cecilia Steyn FINALLY Scared Me With

There were countless methods as to how Cecilia Steyn would brainwash people; movies was a major method used… to numb you out, to make you believe her claims of her occult upbringing and to scare you. There was only one movie that Cecilia Steyn FINALLY managed to scare me with… and still to this day, even knowing the truth, I still feel the exact same extreme fear run through me as it did back when Cecilia had fooled me.

A place of rest and tranquility for most; a place that Cecilia Steyn would often use to fool us into believing her lies when it came to her supposed attacks from the occult on “high days”.

The disturbing scenario where Cecilia Steyn talked excitedly and extensively about Hitler and his mind control techniques… in extreme detail. Little did I know that her over excitement about this topic was more than likely because she was able to use mind control techniques on every member of her group… “to do as told, without question or hesitation”…

It Was Dangerous Being A Woman Around Cecilia Steyn

It was dangerous being a woman around Cecilia Steyn… resulting in complications, arguments and attacks… but more so, it entailed devastating consequences for Marcel Steyn.

A group formed for the SOLE intention of helping rescue occult victims, ultimately used to brainwash, control and to “do as told without question” … without Cecilia Steyn being able to be directly linked or held responsible IF and WHEN anything ever goes wrong.

This street, in Krugersdorp, was one that Cecilia Steyn had taken me to so many times during our supposed friendship. Little did I know was that I was watching the mastermind in action, carrying out just one of her fool proof methods that was ultimately one of the main things that kept us believing her lies about her horrid health status and supposed claims for being attacked by the occult.

Why Ria Grunewald COULD NOT Escape Earlier

The truthful moment, between Ria and myself, about the lies Cecilia Steyn was leading us all to believe… leading to Cecilia becoming incredibly paranoid and violently threatening and, ultimately, escalating her drama and control over Ria… Ria was DESPERATE to break away and flee for her life, but she was trapped, with no means of escape…

Threats & Attempts At Killing Le Roux, While In Prison

After Cecilia Steyn and Marinda Steyn heard Le Roux began revealing information, during investigation, they began sending him “coded” death threats… which, ultimately, soon after, resulted in numerous attempts at trying to kill Le Roux as well. Despite the fact that Cecilia and Marinda were separated from Le Roux, while in prison, this did not stop or hinder their attempts… if it wasn’t for an “insider” leaking information, Le Roux would have lost his life because he willfully chose to speak up for justice.

Le Roux Steyn and Marcel Steyn were “damned if the did and damned if they did not” since early childhood. Their own mother, Marinda Steyn, would not have hesitated in taking their lives, even if she saw an inkling of a lack of loyalty to Cecilia Steyn. When first being brought into the murders, Le Roux and Marcel fearfully obeyed the instructions “to kill” because, regardless of their choice, the victims would have been killed either way. However, during the trial, Le Roux and Marcel willfully confessed, knowing that they could and would still be killed at any moment afterwards for speaking the truth. 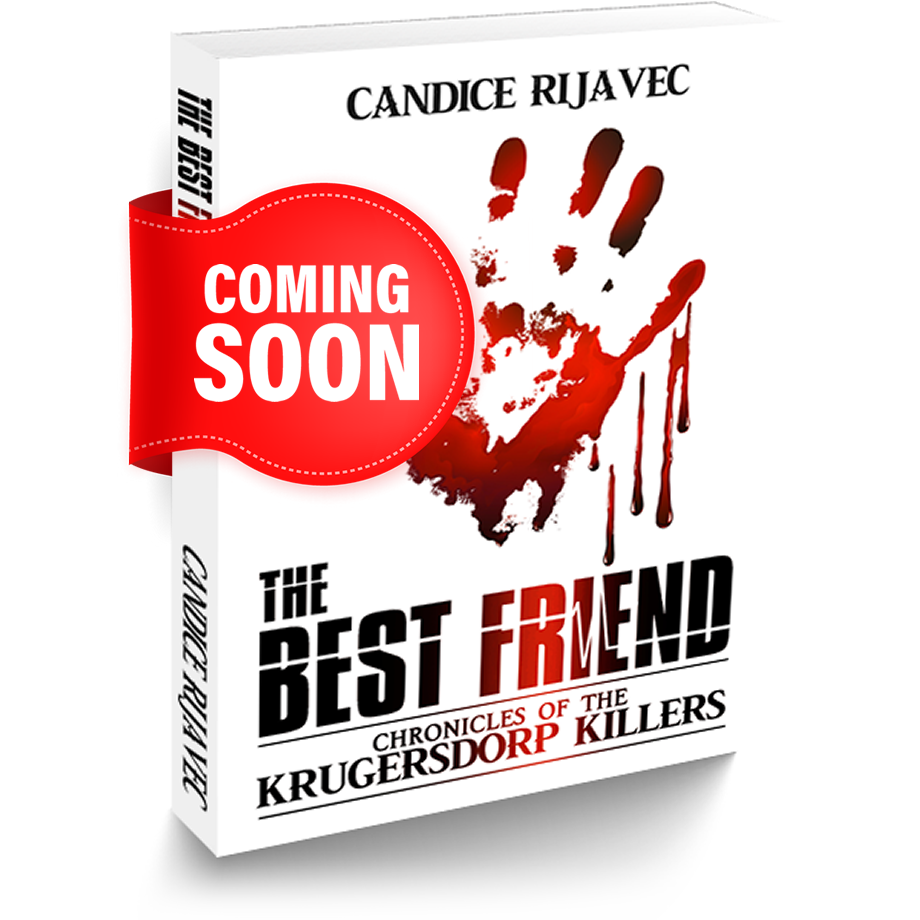