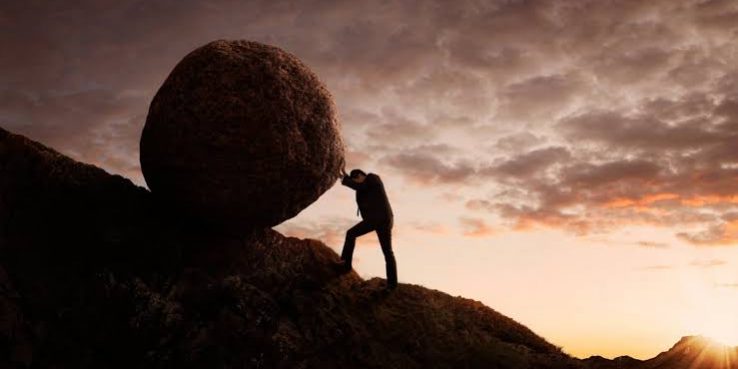 A month and 1 day ago, my grandmother passed away. I will never forget the moment I found out. I cried so hard. I hit the walls saying, “It isn’t true!!!”… and cried more. The tears did not stop. One of 3 most loved, most teasured, most irreplaceable people in my life… was now gone. My world crashed… and I am still at rock bottom… actually, I don’t know where I am… in a chasm of emptiness, filled with questions, confusion and a constant need to run away from the world… but how do you run away, when the pain is still very much alive inside you? I can’t run away from myself…

I had been put onto tranquilizers as soon as I was fetched to go to my mom’s house… STRONG tranquilizers. My heartbeat was way too fast that everyone thought I would black out… or worse. Yes, they calmed me but the tears constantly still ran down my eyes… ending with me still sobbing. Everyone at my mom’s house just grabbed hold of me trying to desperately make me okay… while they were so broken. In the past, I was always the strong one holding it together for everyone else. For the first time, I was allowed to cry – not that they had ever stopped me before. It was always me, stopping me. This time it was impossible to not break.

My mom and aunt said I can go say “a last few words” to my gran if I wanted to (before she was cremated). They DID NOT want me to go into her room because the “reality” would hit me so much harder. But when my baby brother had died, I lived with the deep regret that I had never gotten to see him one last time and to say goodbye. Over 3 decades of regreat. I insisted. I NEEDED to see my gran… despite what it would do to me… and even though I was far from prepared for what I would see. When I saw her, I think that’s when my world officially shattered beyond recognition. But I sat next to her, held her hand, spoke to her, and with tears in my eyes kissed her on the forehead telling her how much I love her and that I’ll forever miss her. I walked out her room, feeling more dead than she physically was.

About an hour later, it was yet again one of the hardest moments in my life. Sitting with my mom, while she held my gran’s hand, crying but trying not to for my sake. The other most important person in my life is my mom… and I held her. It’s all I could do…because how do you make this pain go away? So I would not let go of my mom. I could feel she was dying inside… and constantly asking me if I could see if my gran was breathing… constantly checking her breath and her pulse… over and over and over again. I was even more lost. How could I ease my mom’s pain? My gran was everything to her. She had watched my gran suffer her last few breaths, while she died in my mom’s arms. My mom’s world crashed… shattered. I didn’t know how to fix it and I still don’t know how to… and I desperately want to.

And to add to the pain, my gran was cremated on the anniversary of my baby brother’s death too. Pain ontop of pain… indescribable.

My gran had always labelled me as “her protector” and “her bodyguard”… long before I even had to physically put my life on the line to save her from being attacked. The scars on my arm were reminders of how I managed to protect my gran… now they are reminders of when I did but still couldn’t at the end. I couldn’t save her from dying. I would have easily traded my life to preserve hers. But she wanted to go. She wanted to die. She wanted to go home.

My gran had already lived long past the time frame doctor’s ecpected. Over 2 years longer. She had 2 types of cancer, she had 3 life threatening ulcers… her skull, as far as doctor’s said, was literally crumbling too… as well as numerous other things doctor’s couldnt diagnose. The list was endless.

She was living in unbearable pain and just wanting it to end. But, yet, every day she would try put on a smile for all of us because she loved us and didn’t want us to worry. With the amount of problems my gran had with her body and the amount of times she had almost died… I think I had convinced myself that she would live forever. But that wouldn’t be fair. It’s selfish. She was suffering daily, for years, far beyond what any of us could comptehend… and now she is free.

I even offered to do the designs for the funeral, work the sound system and say a eulogy… but I DID NOT want to walk into the chapel when the day came… only because it would make it all too real. But I did for my gran… only for her. She deserved the best and I needed to yet again say another goodbye. I needed to make her proud. I loved her too much not too.

Her whole life was a life of suffering and pain in every way. An entire life time of abuse, being stuck in an orphanage for so long, to then marrying someone who was daily extremely abusive. She took the beatings for her kids… she did everything she could to at least keep them safe. Then when my grandfather passed away, not long after that she moved in with a friend… just for company… he appeared so gentle and caring… only to turn out to be abusive too… the very same person I protected her from. This time, as frail as my gran was by then, her own children and myself stood up to take the abuse for her… with her not having being touched at all. This man hated me the most, only because I had gone to extremes to protect my gran… bruises everywhere, almost broken ribs and an arm pouring with blood… which still shows the scratches that have never managed to heal.

The last 2 years were possibly the only time my gran ever experienced happiness in her whole life. She moved in with my mom. I was there often and the rest of her kids, and grandkids, would visit when they got the chance.

Despite my gran’s horrid past, she was the most loving, caring, kind hearted, funny and amazing woman I had ever known. I could talk to her ENDLESSLY about ABSOLUTELY EVERYTHING. She was my hero and my biggest supporter. She never stopped telling me how much she loved me and how proud I make her, despite that my achievements actually mean nothing to me. But it made my gran proud, so that made them count for something.

The day my gran died, I didn’t just lose a grandmother… I lost my best friend. To have her back would be completely selfish because of the unbearable pain and suffering. I told my gran I would do absolutely anything for her… but all she ever wanted was to be with her family… and then as her health worsened, all she wanted was to die. I said I would do absolutely anything for her… and even despite the fact that the reality still wages war in my mind convincing me otherwise, deep down I know she’s not on planet Earth… so within myself, I am still learning to let her go. I said I would do anything; yet I still don’t know how to do this but I’m trying… one moment at a time. I know it doesn’t mean I have to stop loving her or stop missing her… but to accept the reality is my battle… because most days my mind says, “She’s just gone to the beach. She will come back when she’s tired of being there.” I still choke up every day, each time my mind gets closer to “reality”.

I know I’m waiting for her to come home… but actually, she’s now waiting for us. And this time, completely pain free, abuse free and indescribably happy. If I was legitimately given the option to bring her back… to take what she “now FINALLY has” away from her… it would be selfish… it would not be love… and I truly love her, so I would let her stay where she is… even though I could never physically see her again, never call her, never whatsapp her, hear her laugh or bring her more gifts that I made just for her. I know her memories will forever live in my heart… I “know” she’s occasionally rearranging and planting new flowers in my garden… I “know” it’s her when I look up and see the brightest star at night… and I know every time I see a cloud floating by, I remind myself that’s how she is now… flying, free and happy.

I don’t know how to pick myself up from this still. I have hit rock bottom. I can’t even describe how I feel because it’s beyond what words can say. But I try remind myself now that my gran would be lecturing me, telling me she’s so happy and I need to pick myself up and carry on like I was before she left. I’m climbing up from rock bottom… but only, right now, because that’s what my gran would want me to do. But I am struggling. I lost one of the 3 most important people in my life. My world crashed… shattered in a way it never has before… but I’m trying to put these fragmented pieces back together again…