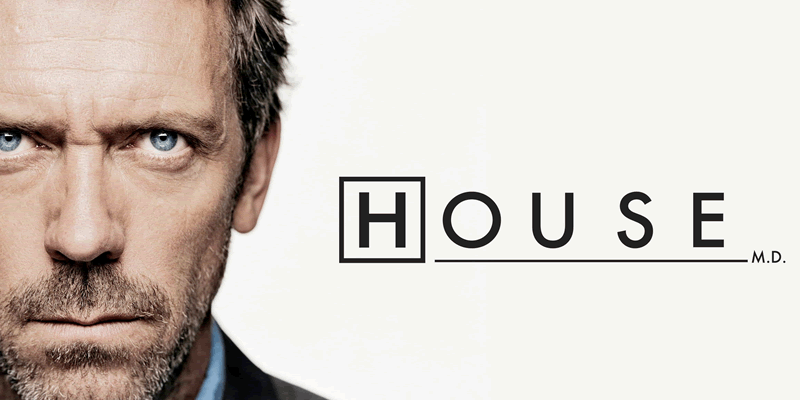 I started binge watching the series “House MD”, again. I love this series for numerous reasons: Sarcastic remarks and events from Dr House (Hugh Laurie), intense traumatic scenarios, and not to forget, also learning the different medical complications – you can actually learn quite a lot!

Now, in previous times of watching this series, I don’t ever recall seeing an episode on a patient having DID (Dissociative Identity Disorder). Perhaps, I accidentally skipped some episodes? Not sure. Anyway, I’ve seen it now. Just like the series “United States of Tara”, DID is, again, exaggerated. However, I am glad to say that DID is, at least, not depicted in such an exaggerated manner and a bit more accurately in House MD – Perhaps, because it is more of a medical series?

Honestly, I felt sorry for the doctors in this series, only, because the patient gave diverse test results each time they were taken, and medicine, simply, wasn’t working. This purely boiled down to DID… And this is actually a fact, not an exaggeration! As far as I know, almost every DID person has this problem. I, personally, have had this problem too… Well, not as much in the last number of years, since I have been functioning peacefully with my DID parts. In the past, my test results would vary. For example: I could, personally, be the “picture of perfect health” but when one of my parts would surface, I would become “as sick as a dog”, and when they would go into “hiding” again, I was, again, the “picture of perfect health”. My poor doctors! I am known to be a doctors “worst nightmare”, as even stated by my doctors themselves, and this is merely only one reason why. Medicine… What is that? Is it supposed to work? In the past, using medicine was a completely useless attempt. Medicine did not effect me entirely, meaning, it would not effect me and my parts together. Simple example: I could take any type of high scheduled sleeping tablets (prescribed), and I fall asleep (lights out!!). Seconds to a bare few minutes later, “my body” is up and about – the sleeping pills did not effect my DID parts. This would happen for every type of medicine! However, again, in the recent years, I can gladly say that medicine is finally able to effect me – This is done by making sure that the medicine effects the DID parts that need it, and other complex, yet, not so complex, aspects and rules that go with it, when I take medicine. Not going to talk about that now as it’s a fairly long topic.

Now, watching the doctors’ reactions, in this series, to seeing a DID person for the first time, with what happens, brain scans and more… Some would be highly fascinated and “in awe”, while others were finding it somewhat “weird”. These, I know, are the typical responses worldwide. Yes, the DID patient was a bit exaggerated but honestly, not that much, at least, in certain important ways. One of his DID parts would be loving and sweet, while another DID part would throw and break things. I can’t speak for every DID person, on the planet, but I have never encountered this issue, myself, nor with those who I know that also have DID. It is possible behavior, but not for me or my parts. It never has been in the past either.

Brain scans! Honestly, I got excited! I have seen numerous documentaries and YouTube videos of brain scans done on DID (as well as other tests), and how, even in these scans, DID is proved to be legitimate. It is highly fascinating to see these scans because, simply, it is just fascinating. So, to see House MD show brain scans, my first immediate thought was, “Yay! The world can see that DID is legit!” But as I typed that, I also thought, “How do people know then which facets of DID is true, or not true, in this episode???” Only if you know about DID, you will be able to see what is exaggerated versus what is actually true.

I am not going to cover a lot of what was shown about DID in this series because it is, somewhat, similar to “United States of Tara,” and I’ve already mentioned, extensively, what is true and not true.

I don’t know why I ended up watching an episode, accidentally, on DID, only two days after watching “United States of Tara”. Feels like I’m on a DID binge… but not actually.

The episode on House MD is not very long, and so, there are not too many facts displayed about DID. I enjoyed watching it, simply, from a medical perspective… Because I could definitely relate. But, perhaps, for those of you who are curious to see more on legitimate DID, as diagnosed by doctors, here are some videos from YouTube below. There are a lot of videos online and sadly, there are a lot of “attention seekers” pretending to to have DID too. As my blog progresses, I will more than likely post more information, as well as videos, on legitimate DID.