The Reporter & The Scandal 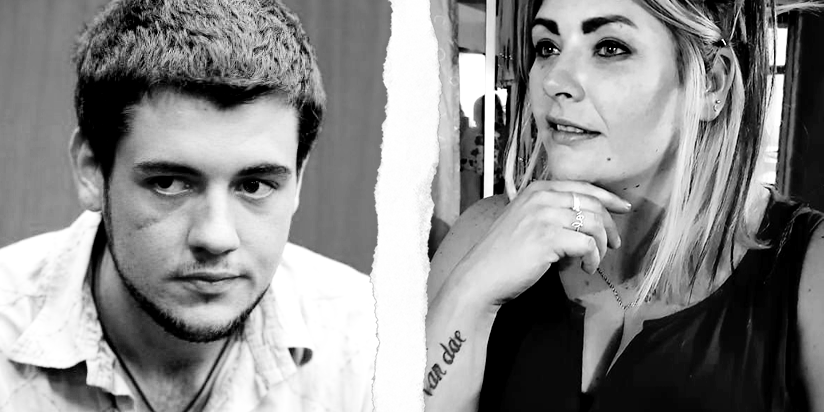 I have only just discovered Marizka Coetzer’s book, Outcast / Uitgewerp, regarding her relationship with Le Roux Steyn. I had heard about this scandal during the latter days of the Krugersdorp Killer’s court case but amongst all the reporters I had met, I did not know who this rumor was about, nor was I going to ask because it was none of my business.

Now, I do not know the intricate details of everything that went on between Marizka and Le Roux, and I have not read her book yet as well, but I feel like I should voice something that I feel is important… especially from a “victim’s” perspective. I know people have various comments regarding this issue but I want to say something too… on behalf of Le Roux and Marizka at least.

On behalf of Le Roux… he was thrown into a nasty scenario and lifestyle, being brainwashed and controlled by Cecilia Steyn and Marinda Steyn since he was 11 years old. Le Roux was never given a chance at “having a life” nor given the opportunity to choose his own life for himself. He was completely and hopelessly trapped, with numerous death threats hanging over his head, on a daily basis, if he did not heed instructions given to him by his mother and Cecilia. This poor boy’s entire life was crushed and controlled, and now sentenced to jail because he obeyed “the rules” in order to save his life. Just over a decade of his life… stolen. Damned if he didn’t and damned if he did. He had no chance. And now, the first chance he has at a somewhat normal relationship… so many come rushing in with condemning statements. Seriously? Give this poor boy a break! His life was stolen away from him and now only to be further criticized and condemned when trying to live outside of Cecilia’s control. Added to this, Le Roux was also extremely helpful in giving investigator’s enough information in order to close the case and sentence Cecilia for numerous lifetimes as well… DESPITE the death threats and numerous attempts from his mother and Cecilia in trying to take Le Roux’s life WHILE he was already in jail! He was trying to help, all while his life was at risk.

On behalf of Marizka… she’s an adult and can you really help who you fall in love with at the end of the day? Marizka had merely fallen for someone who had been victimized his whole life. How many people are in relationships with felons and questionable people, outside of jail, and it’s not shammed or publicly condemned? Those people are still loose and are personally choosing to live these kinds of lifestyles. Yet, having a relationship with someone who was given an ultimatum (“do or die”) is being publicly condemned?! I can guarantee you that if Le Roux was given a choice, he would have had nothing to do with all of the crimes and murders that had happened. So by “choice” it’s okay? And by “forceful control” it’s not okay? Sounds unfair and outright ridiculous to be honest. And added, as a reporter, Marizka’s intuition would be sharper and stronger than the “average” person’s. She would have all the facts before her, being skilled enough to go through them with a “fine tooth comb” to see when someone is genuine and when someone is not. And despite the fact that Le Roux is in jail, if Marizka has chosen this for her life… it’s her choice, not ours.

When I think about myself, my life and everything that has gone on… I find it highly unfair to be judged, avoided or condemned merely because of things I was subjected to. I had no choice most of my life, so why? “Do or die” basically… and in some cases, that was actually the scenario… or very close to it. In Le Roux’s case, he was a child when he was introduced to Cecilia Steyn; I was an adult. As an adult, being judged or even feeling judged for simply trying to help someone survive (while being deceived through it all), is quite unfair. Honest and genuine intentions… only to be later on judged by it? As a child, that would and should be deemed as even more unfair. I had a choice to leave; Le Roux did not. We were both brainwashed and completely fooled by the nonsense Cecilia had fed us.

Maybe it’s because I often see and think differently, or maybe it’s because this whole scenario hits so close to home for me… either way, regardless of what went on between Marizka and Le Roux, they are both adults… leave them be. It’s their lives to live, not ours. And personally speaking, again on Le Roux’s behalf, he is a wonderful and caring boy. Yes, he ended up doing disastrous things because of Cecilia and his mother; but the reasons behind them, no one will ever understand because the manipulation is too great to explain or understand, unless you have been subjected to it as well. Le Roux did things to protect his sister… and even his mother, regardless of her threats to kill him. And DESPITE almost having lost his life, WHILE in jail, Le Roux still CHOSE to speak up for justice – he could have thrown in the towel and let the investigators carry on going in circles. Le Roux just never had a chance in life… let him have at least one shot at being happy… possibly for the first time ever…