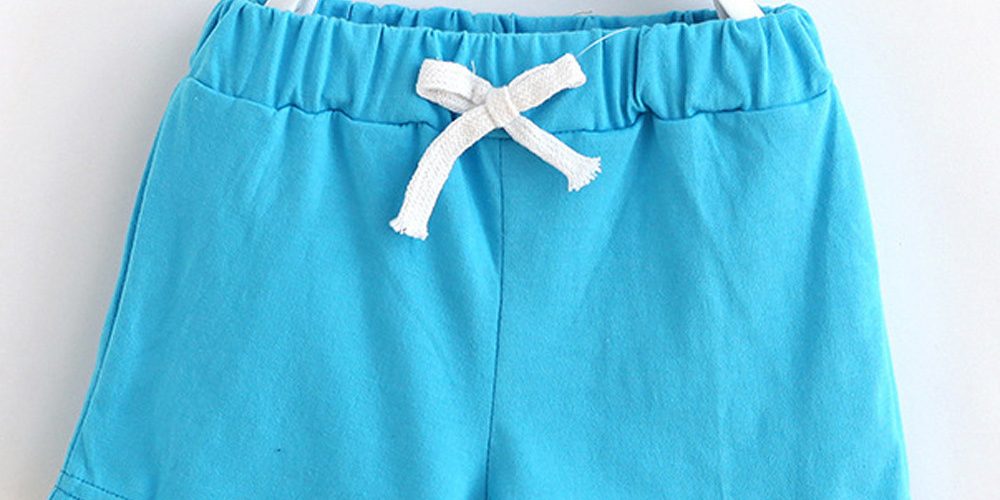 Brace yourself for this new discovery! I don’t know why I have only thought of it now?! Shorts are… or can be… the new diaper! Yes, I’m being serious.

Let me explain… when I first got my 8 year old Spaniel, he was obviously not house trained at all or, perhaps, just overly adamant that THIS house is now HIS home. Mr grumpy pants, my grizzly teddy bear, my “old man”, my 8 year old “big boy” has a nasty obsessive habit of marking his territory… on EVERYTHING and EVERYWHERE… and as if he might not recognize his own scent, at the same time, he will remark ALL THE EXACT SAME spots, ALL OVER AGAIN… and AGAIN. He was the only male dog I had at the time I got him, so this obsessive marking was rather confusing and, yes, it stank horrifically too!

Before I got my dog, he had been neglected terribly by his previous owners. He sat outside their house, alone, for 8 years. No attention. No proper food nor any decent care. He was in such bad condition that when I got him, he was 150% overweight and riddled with, I kid you not, EVERY worm possible. To make matters worse, he had a breathing problem, which the vet thought was because of his excessive weight. His previous owners only decided to give him up because they were immigrating. They gave a Spaniel Shelter ONE week… yes, ONE WEEK… to find him a new home otherwise he would be euthanized. I am happy to say that, at the time, I was looking for the right companion for my female Spaniel because she is overly codependent on me, so leaving the house was a huge problem. Sifting through all the “dog profiles”, when meeting one of the ladies who ran the organization, was not easy, nor did any of these beautiful dogs “hit home” for me. As lovely as they all were, none of them rang in my heart as “the one”. The woman then hesitantly told me about this poor unfortunate little (big) guy and his circumstances, thinking I’m surely not going to be interested… however, without even having seen a photo, my heart screamed, “Yes! He’s the one!” I almost burst into tears typing that. Needless to say, the woman was so surprised that she repeatedly asked me if I was sure. “Yes, yes, yes… and when can I have him?!” A few days later, he was brought HOME. To this day, this same woman says that they still talk about this scenario because it was undoubtedly one of the biggest miracles they had witnessed in rescuing Spaniels.

My little (big) grizzly bear was right at home the minute he stepped foot in the door. As overweight as he was, he managed (somehow) to jump on the couch and make himself at home. He even took to his new name, Hero, instantly. For 8 years he only knew the name Barnard, but within seconds, as if he knew this is how it was meant to be all along, he recognized his new name and was blissfully happy for the first time. Now, given his unfortunate circumstances for 8 years, my assumption is that his over marking, for his territory, was basically to say, “This is MY home now!”

I had battled for years on end to get him to slow down, at the very least, with marking every inch of literally everything. “It’s been years, it’s yours… please calm down now?” Nope. I have tried everything from pet shops and vets to get him to avoid marking everything. I have even gone to the extent of buying nappies too… none of which ever fit or stayed on. I have even resorted to cutting up towels to make material diapers… same problem. And yes, he has been sterilized since I got him too. He is adamant to constantly, and daily, reclaim HIS home.

Now, to make “marking matters” worse, I rescued an abused pup almost 2 years ago. My little nutcase. He often reminds me of Odie from Garfield. He was ALWAYS so fearful and would cower down every time you would give him a love. He had been that abused in his short lived life already. I’m happy to say, though, that in the last 8 months he has most definitely become demanding for attention and a “cheeky little bugger” at that too. But he is home! And he knows he only gets smothered with love. But as this little nutcase, Duke, matured, it made Hero mark his territory even more. They are the best of friends. All 3 of my dogs are, actually. But THIS is HERO’S home and they are just guests… apparently. Then to make matters even worse, again, Duke started marking his territory too. It was a “pee war”. Again, I went in circles to, at the very least, get Duke to stop marking territory. Nope. Same issues. My dogs are smarter than me apparently. I gave up. I just cleaned… every day.

Now, with having redone the house this past week, I was even more adamant to put an end to the “pee war”. Wood was starting to go moldy. The scent was embedded into so many things. I just had to find a solution. Finally, and I honestly don’t know how I thought of this, I tried putting boys shorts on “my boys”… they are my kids after all. They only come in when its nighttime, or cold or raining, so having the shorts on them isn’t for long periods of time. So, what happened??? Well, after sessions of running after both of my boys, round the house, which looked like a game, and wrestling each one to the floor to get the shorts on… they would pull them off. And so began the chase again to put the shorts on… until I gave up. Then… then… I found long pieces of material ribbon! I tied one end to their shorts and the other end to their collars. Win for Hero! Still trying to win on this for Duke because he, simply, must have learnt some tricks and traits from my cats on how to wiggle and bend just the right ways to get everything off of him. Yes, I am back to the drawing board tonight because I need to get the shorts to stay on my cat-dog still. But, I can most definitely say that this is FINALLY one thing that’s worked for the “pee war”! And yes, once the shorts are on, I am met with very unimpressed looks… the entire night. My dogs will sit sulking, literally sulking, staring at me the entire night until they fall asleep… or until Duke gets his shorts off.

I must admit, though, that once I realized shorts work for this issue and I went to buy each a spare pair… it does seem and sound rather odd when I am searching through the clothing rail for the “right size” that they wear. It starts to feel like I have children. I am buying children’s shorts for my furry children after all. It’s weird, funny and somewhat disturbing all in one go. But it works!