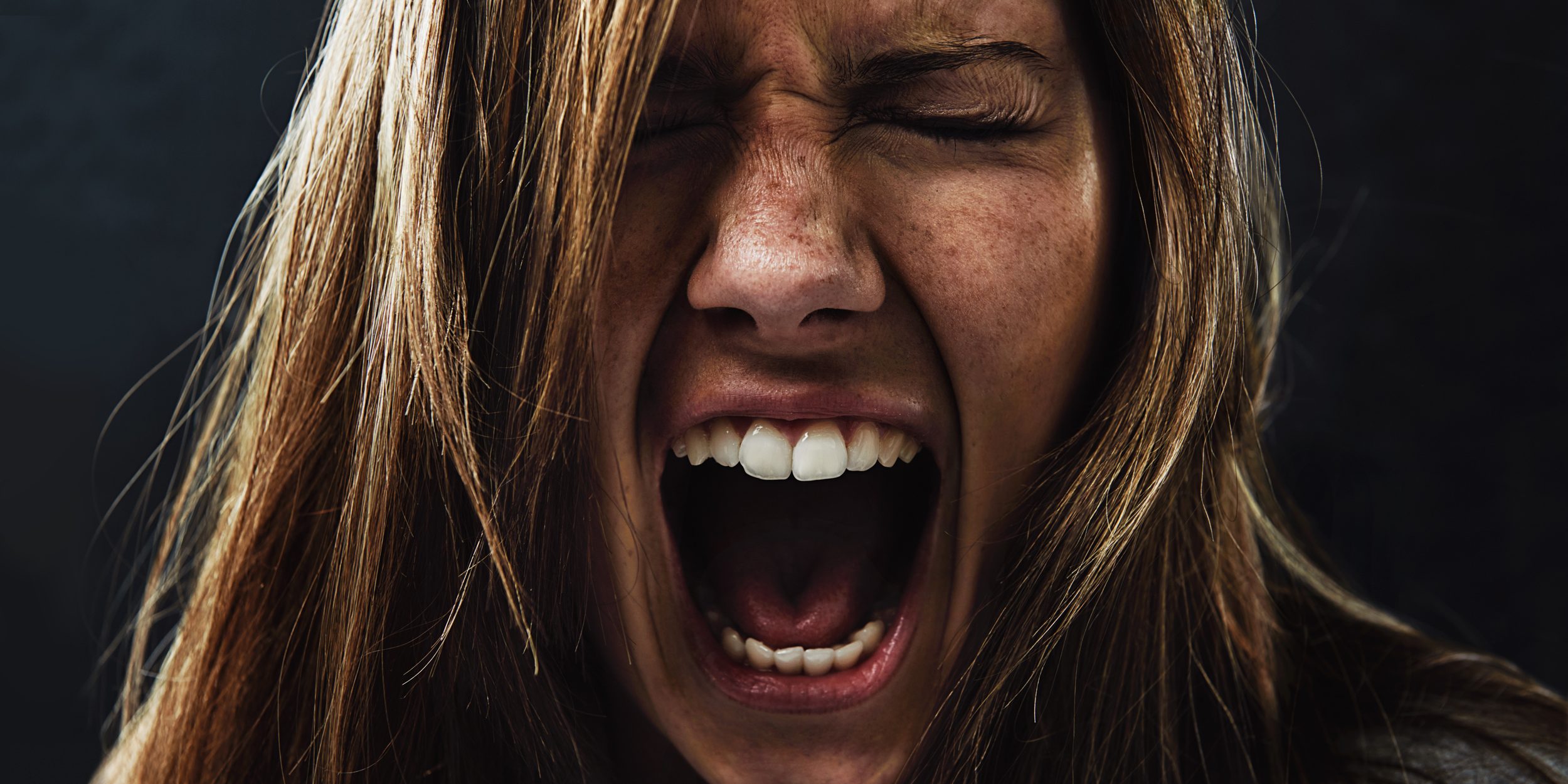 I honestly think this is somewhat of a ridiculous topic but it’s come up a fair bit, so I thought I would talk about it. I seem to have an anger “malfunction” in my brain… I just don’t get angry… or, at least, it takes a LOT to FINALLY push me to that point… I’m talking about months of abusive treatment here, to be honest, as I don’t recall ever being angry for any other reason in my life.

I call it a malfunction. Some call it patience and a high tolerance. Whatever it is, I don’t know. Maybe all of it?

Let me explain… When I met my best friend, several years ago, it apparently baffled her mind so much – and somewhat bugged her too – that I just never showed any tiny symptoms of getting angry… or even upset, for that matter. I honestly don’t know why it bugged her but she then decided to try “push my buttons” in any and every way she could think of, for a solid few months, to get any kind of negative response out of me. It seemed to become her mission, which honestly felt ridiculous to me because why would someone purposely want to make you angry?

So began the ridiculous scenarios, most of which would end with me laughing hysterically, instead of being angry. The first attempt she tried was to randomly lick my face… yes, one big sloppy lick across my cheek, randomly out of the blue. This was the first time anyone had done this to me, so I am not sure how I should have responded, but all I did was look at her, burst out laughing and say, “Wow that was random!” I found it hilarious. I still do even now. She was utterly confused and was actually bracing herself for me to start moaning at her?! The following attempts were also ridiculously funny, and then some just utterly confusing… none of which ended with me being even remotely upset. Now, several years later, I am told that she wishes she could be as patient and as tolerant as me?! My only response was that it’s not always a good thing. Honestly, I didn’t know what to say because I have never thought of myself that way. I am just me.

Where am I going with this post? I have no idea. I am just rambling.

I am a very easy going person, so not much phases me, but at the same time, I do take life seriously… seriously enough, at least. I wouldn’t go as far as saying I have managed to create an equal balance in my responses because I know that would not be true. But I do not get upset, at the least, over things that quickly or easily. I don’t know why; I am just me. It takes a lot to get me upset and even much more, way more, to push me to being angry. Perhaps, it’s just because I also think more “crucial things” warrant any anger emotions than other things?

So, in my “upset” moments, what do I do? Give a “look”? Sometimes, maybe. Get moody? Nope. Scream and shout? Never. I have always lived with the strong belief that you should never say or do anything that you would probably end up regretting later; I have enough regrets, so I don’t want to add more to the list… and more than that, I just NEVER want to hurt anyone. So in moments of being upset, I pull myself away for a bit in order to process my thoughts until I am okay again. But again, being upset is rare. I have a tendency to think everything out – a lot – before I legitimately allow myself to feel upset. Long topic.

Being angry… scratching my head here to try find those exceptionally rare moments… I tend to respond exactly the same way but, I guess, it depends on the scenario because, like I said, it’s abusive scenarios that push me to this limit. Only once have I ever verbally stood up for myself, after non-stop solid abusive treatment. In scenarios to protect others, well, the anger flares up much faster. I’m a protector… but not of myself. I will far more easily respond when defending others, while I will just endure and “put up” with whatever is thrown my way. Also long topic.

Quite a few years ago, I was told I needed to try embrace anger. I was then introduced to throwing mugs against a wall and punching objects… honestly, it doesn’t help if you don’t feel angry. I do have a punching bag… which has been rarely used, to be honest… I need to “feel” frustrated, at the very least, in order to punch it and then, also, each time I do punch it… one punch and it falls off its tightly hooked chain. Perhaps an undercover superhero with super strength here? Either way, I think it’s become more of an ornamental “feature” in my home, collecting dust…

Yes, I am human… just to reassure you; although, I do often think I am an alien on this planet, as I don’t relate to or act like most people. I do have my days where I would be in a bad mood, for varying reasons, but those days mostly result in me constantly dropping objects and isolating myself more… until I am okay again. And if I have to be around people during those time periods… yes, they can more than likely see that I am not quite myself and added that I also say that I am having a bad day… which by no means gives me any right or reason to treat anyone else poorly. I will continue “trying” to be the “normal me” around people. It’s my bad day, not theirs.

But going back to being angry… or even just upset for that matter… I know I am different to 99% of the planet; I have been told that enough. I know people expect me to respond just like most people do in these mindsets but I just don’t, and I don’t plan on changing it either. I believe in thinking things out. Making sense of it. Understanding what’s going on and even trying to understand the other person’s point of view or how they feel. Trying to honestly see if I am the one in the wrong because I know that even if I fully believe I am right, I could just be missing something and actually be completely wrong. Trying to sort things out. And pulling away to get back to a stable mindset so as not to make matters worse. I know most people don’t do these things and often I am on the receiving end of it all, but I choose to take a mental step back to understand before I respond. I am an alien on this planet, yes, I know… but I come in peace…