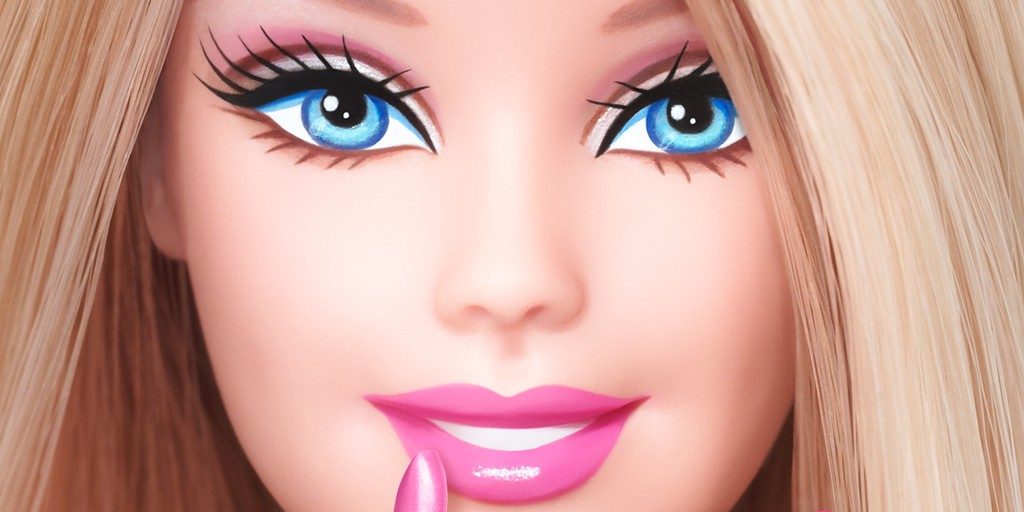 Have you noticed how many women have ultimately resorted to aiming to be like Barbie lately? Fake lips, fake boobs, plastic surgery, botox, fake this and fake that, clothing that tightens this or excentuates that… a seemingly endless list of things.

I understand that we all have different reasons for wanting to excentuate different aspects of our bodies, or improve on them. I mean, I have fake nails and tattoo eyeliner. Twice, only, fake eye lashes. And yes, clothing and makeup for the appropriate “issue” at hand.

And to top this list of issues that we currently carry about our appearances, basically every woman, including me, fears growing older… lines, wrinkles, sagging and more. Yes, despite my indulgence in the “fountain of youth”, where I apparently don’t seem to age, I also carry this fear.

Let me side step before I carry on. I know women have plastic surgery, and “other things”, done for various other reasons, such as health, fixing problematic nasal passages and so on. And I know there are women who, simply, just enjoy dressing up because, well, they enjoy it. Like little girls playing “dress up”, I guess you could say. They are not doing it because they are insecure about it. So I am not referring to these women in this blog post. Although, if you are one of those women and this inspires you in some way, then that’s great! Now back to what I was saying…

I know that most women resort to trying to improve on, and adjust, their looks… even at the extent of plastic surgery… because of their fears and insecurities riding on it… simply, because of the media’s influence. The women you see on TV or in magazines, 99.9% of the time, DO NOT look the same in person. I’ve seen “supposed beauty queen” models in person. No make up. No touch ups. No extenuating or tightening clothing… And 99.9% of the time, it was a major shock factor to see… simply, because they now looked COMPLETELY different compared to how they look in the media. But, what always comes to my mind, in these scenarios is, “Hey! You’re ACTUALLY human!?” Of course they are human! But now the cascading cover-ups are gone and you can see the actual person for what they really look like. Yes, they are all still beautiful… but not in the way that media defined them.

Look, we all want to look beautiful. I know that. However, I honestly believe that if media didn’t drown us in the facade of what a woman “should” look like, we would then have a very different outlook and appreciation on natural, raw beauty – in all its forms.

Have you ever stopped to think about the possibility that a beautiful woman (defined by media) might actually, in fact, think shes ugly, herself? That she might have issues about certain aspects of her body, too, and despetately want to change it? I mean, for example, how many celebrities are now botox-filled, or have had plastic surgery? Obviously they have insecurities too! Once you stop to consider that, look more finely for anything that you would consider as “flaws”, AS IF these “flaws” were on your OWN body. You noticed some now, didn’t you? But you thought this woman was the epitome of beauty a few minutes ago? What changed? You reflected your own insecurity onto that woman, and now you see her “flaws”. You imagined it, as if it was your own body, and then you found fault. But again, you originally thought the woman was beautiful! Yes, she is… “flaws” and all. You didn’t notice the flaws because, other than media touch-ups, these women carry themselves with pride… pride within themselves and who they are…. this leads to a whole other discussion, that I’ll talk about later. But for now, let’s look at the issue to do with “appearances”.

I do struggle with my own appearance, even to the point where if people repeatedly tell me that I’m beautiful, I honestly think they are either being sympathetic and just being nice, or there’s a hidden agenda. And even when it’s stressed to me from family, it still boils down to, “I don’t see ‘me’ that way.” But then again, I know that the majority of women feel the same way, too, about themselves. Quick to see the beauty in others but never capable of seeing the beauty in themselves.

Okay, for all of you who don’t know me personally, let’s get this off the table and out of the way… I am gay. No, that’s not a typo. I know I don’t look it, but don’t you see, just on that fact, you’re focused on “looks” and “appearance” in order to define something?! I am also guilty of this, don’t worry. Looking at someone, I often can’t tell if they are gay or straight, a snob or genuinely nice, and so on.

Beauty… looks… appearance… the whole facade… it can be very deceiving and in many ways. I often keep finding myself, right now, wanting to divert and dive into another topic about, “Beauty Is Only Skin Deep” but, for now, I’m focusing on the “issue” and pressure to, basically, look like Barbie, or whatever else you, yourself, deem as beautiful. (Just to add: Barbie is far from my “idea” of any kind of “type” of beauty – the doll was just a perfect example that everyone could relate to – I mean, who doesn’t know Barbie?!)

So what is beauty? Now, I’m focusing on “looks” and “appearance”, right now, in this post even thought this is not my core definition of TRUE beauty. True beauty to me lies below the surface… but before I almost completely divert again…

What is beauty… beauty in “appearance”? It’s honestly everyone’s own preference. Not everyone is drawn to the same aspects, as other people are. Everyone is unique, and everyone will like something different.

I’m sure you have all been asked, “What’s your type?” with regards to appearance in a partner. Or, “Who would you like to look like?” … or the famous, “What would you change about yourself?” And then the lists come rolling out.

For me, personally… and trying ever so hard to stay at surface level now… first thing that comes to mind is that beauty is in the eyes and in the smile. I do NOT see beauty in super models, nor women who are apparently “Top 10 Gorgeous” bla bla bla. Please no! Hell no! That’s NOT beauty to me, not at all. I adore raw, real and original beauty…. Let me stop here, before anyone thinks I’m suddenly posting a “Personals Ad”…. “Gay seeks a woman that is…” lol.

My aim of this post, in short, is to point out the genuine, raw, original beauty that EVERY WOMAN carries – again, trying to stick to the surface and not divert topic!! Original, raw beauty comes in many ways, INCLUDING what you may deem as “FLAWS”. Don’t you realize how unique that makes you? Why be a replica? Honestly?! I adore line marks and wrinkles, even on women as they age. That’s not a typo. I adore … ok, sounding like a “Personals Ad” again. Let me stop there.

Each woman was NOT meant to look like the media’s typical “beauty queen”… I mean, that image is only an “image”, and not even what the real person genuinely looks like as well.

I am finding myself obsessively wanting to divert off topic to what real beauty is… more than just skin deep. But I am trying to focus on “appearances” because, simply, too many women are consumed with the way they look and more often than not, never feeling good enough about it. Myself, included.

I wanted to write this, to tell all women that even in, what you see as, “flaws”, you are beautiful. If you need to, go stand infront of the mirror and, even if you don’t believe it at first, tell yourself over and over, “You are beautiful!” Point to yourself in the mirror! Say it with some sass and attitude! Learn to own it! Because the truth is, you are beautiful. And anyone who says otherwise, either needs a new pair of glasses or is not good enough for you, or is actually jealous! Be a queen! Straighten your crown! Hold your head high! Strut what you got! Show the world the REAL definition of what a woman should look like! Real, raw and BEAUTIFULLY “flawed”.