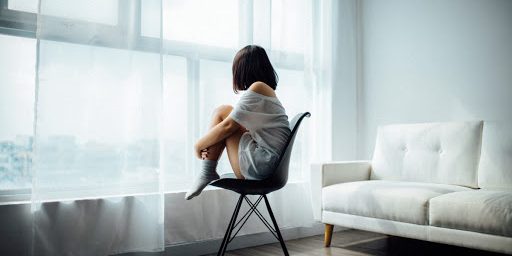 In the last while, since my post Good At Being A Loner, I felt like I should give a more “rounded” answer to this topic because I don’t like giving “half answers”… especially when wrong assumptions are made and I seem to sound “somewhat” of “something” that I am honestly not… and, added, in writing The Best Friend, it is also bringing up issues that I battle with in my life. Between posts and twitter feeds, it has become my “outlet” for the thoughts running through my mind… so, I guess, here is my “outlet” for the thoughts running through my mind right now…

There are several reasons why I am a loner but the one I will talk about now, is perhaps, maybe, the core reason itself for being one: “people scare me”.

I am not going to go into detail and I doubt I will ever go into detail about exactly why this is, not at least online or in any book for that matter, but what I will say is that being a loner is something that was “hardwired” into my brain since I was a child. Yes, I enjoy being on my own, but added to that is the underlying fact that person after person that I had encountered since childhood always ended in… well, trauma and abuse… and that’s putting it very lightly. Even the people closest to me resulted in the same… and the only way to avoid this… to stay safe… was to stay out of the way… to stay hidden… to just be alone… because then… then nothing bad could ever happen to me again.

I remember in my teenage years, when my school had required us to fill in aptitude tests… the pain and everything that had caused my “fear of people” was so incredibly strong by that point that each time the question, in the test, asked “do you like being around people”, I remember “over marking” and “over filling” in that “NO” box. I think if I had of pressed any harder on that paper, the pen would have gone right through it, onto the desk. I was paranoid. I was petrified. I DID NOT want to know people. That’s just how bad it was. The pain was too bad. What I had been through and what I was going through… there are no words.

Eventually, in my matric year, I became somewhat daring within myself to break out of this fear as I “thought” I had found people that could be deemed “safe” to be around. I was wrong. They were safer… but not entirely. So again, I closed up and isolated. Not long after, I became daring again… only to be proved even more horribly wrong by the others that entered into my life. So again, I closed up and isolated.

Only into my early 20’s, did I eventually find someone that I could call “safe”. Every moment spent together. Every secret told. I was happy. I was even happy to be around other people, despite whether I deemed the others safe or not… I had that “one person” who made me feel safe.

Not long after that, I encountered Cecilia Steyn. Someone I “thought” was safe. Someone who I could have not been any more wrong about. This incredible illusion was my biggest delusion. I became even more fearful… far more fearful… even fearful of my own shadow after the truth came out. Broke down. Suicidal. Closed up and isolated even more. Trying to survive… to survive people. It was just safer that way.

Soon after Cecilia, followed several more catastrophic events with other people in my life. I was daring for each one, but paranoid and scared beyond belief…. but I was “willing” to try. Repeated patterns. Repeated cycles. Repeated trauma and abuse. I was obviously a “magnet” for these types of people… so I closed up and isolated even more… and far more this time round. In order to survive, I isolate. In order for all this chaos to stop in my life, I isolate.

I have encountered people who I had honestly deemed more “saint-like” than Mother Theresa, herself. Wow. I could have not been any more wrong… so wrong, that I honestly doubt I would even trust Mother Theresa. The disguise… the fool proof mask… everything from start to finish… left me paranoid, scared and so many other things alike.

I have had so many people say, “But you can trust me,” or “I would never do anything like that,” and the list goes on. Empty words. I have watched actions because actions speak louder than words and, sadly, those have fooled me too. Then I hear what other people go through… how other people have fooled and broken them too… only to solidify my fears even more. Between actions and words, I honestly don’t know anymore with who is legitimate and who is not. I just know the world is full of fakes and phonies. It is safer to stay out of their line of fire.

I still socialize and I can create connections with people… sometimes quite quickly too. There are different levels of connections but these are more “surface” connections than anything else. The deepest connection of all, is the hardest one for me to create. Not because I don’t want to… I’m just scared… petrified… terrified… because my whole life has taught me, “Just don’t!” But I still “try” because I think, amongst all of us, that’s what we ultimately do crave at the end of the day.

I know my main “problem” is that I care too much and I love too much. For me, that is so easy to do and I do it with utmost sincerity. It’s just me. But to trust… I used to trust easily. Not anymore. And when I find myself trusting someone, my brain automatically says, “What’s the catch? Why?” Skeptical. Waiting for the pain and repeated cycles again… and the majority of the time, they confirm my fears. I hate it.

I have been told that I expect “me” from others and that’s why I get hurt. But in all honesty, why is it so hard or why is it so wrong? To expect someone to not lie, to not use or abuse, to not… to not… to not… but apparently, from my own life lessons, to be all those things is far easier than to be genuine and sincere. Ulterior motives and hidden agendas… I’ll never understand.

I know there’s a lot of people that have had similar experiences and deal with similar fears and issues… and yet, they still try over and over again. I applaud your bravery and I honestly hope that you finally do find what you are earnestly looking for. I know I’m not done trying. I know I’ll never be done trying… I am just petrified, that’s all.

Excerpt from my Book Misunderstood:

… My heart is too reserved,
too scared
and too scarred.

For those who I do let in,
it scares me just to have you in my life…
Simply because of what my past has taught me.
So, I am waiting for you to break me…
Any moment now.
But please don’t? ….

…I keep most people out of my life
or at a distance at most,
because my heart is too fragile
and too trusting.
I am too easily broken.
I need to protect me.
I just do not know how.
But if I let you in,
if I let you know me…
PLEASE KNOW THAT
IT HAS TAKEN
EVERYTHING
IN ME
to trust you,
to let you into my life,
to open my heart
and let you in.
It scares me.
You are holding a loaded gun to my heart.
PLEASE DO NOT PULL THE TRIGGER? …