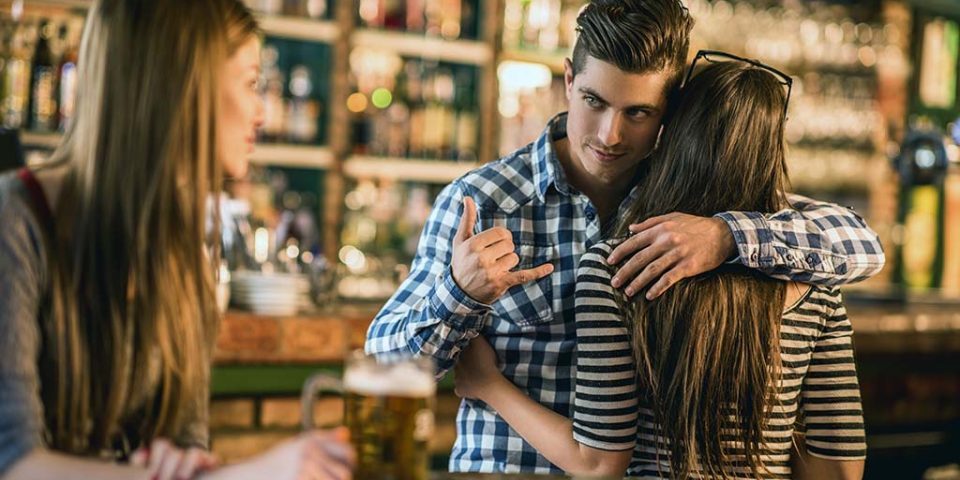 I’ve spoken about one of my frequent questions of dating in another piece, but another topic I WILL NEVER see eye to eye on is “players”. Simply, “Whyyyyyy?!” I have posed this question to several players before, only to receive answers that I could still not wrap my mind around to understand.

The thrill of the chase, the thrill of seeing how many you can win over, the thrill of the forbidden…. Honestly, I don’t even know where to begin, except to start off with, “Whyyyyy???” Is it an ego boost? Are you insecure? Is it an issue of feeling like you have some sort of power with being able to conquer? Are you bored? Are you that unhappy inside yourself? The list of reasons that I could think of for this would seemingly be endless. But NONE of them would make sense to me.

And then there’s the famous “no strings attached” concept. My first thought is, “Are you scared of commitment?” Or, do you simply feel limited, if you had to be with one person and you would end up missing out on something else? But to add to this: Why would you choose to be with someone, if you weren’t completely happy with them in the first place? But then again, players don’t stay with the same person for long anyway.

No matter what reason I was given each time I posed this question to a player, it always boiled down to 2 core things: I need someone and its fun… aka. It’s a game.

I know most people feel that they need someone in their lives but maybe I’m just too old school in thought, or have a different concept and value on love and intimacy.

I believe love and intimacy are to be valued, treasured and not flaunted around like some cheap thing. For me, personally, I would go as far as to say that even kissing has too much value to just be used so easily, or as part of a game… or just for fun, if you want to dumb down my words.

For me, personally, I have always held such a high regard and had such high value even in kissing. I would not even kiss ANYONE if I did not see a potential future with that person. And so then, as you can see, sex then also came with an extremely high value to it as well. I grew up with the concept of sex being reserved for marriage, but yes, I eventually caved. However, it was still with someone who I thought I had a future with. And despite the break up and despite already having had sex by then, both kissing and sex still remain having a priceless value in my eyes. Yes, I have been highly tempted in moments but I didn’t cave because I knew there was no future with that person.

Please don’t get wrong. I am by no means condemning anyone who easily kisses someone or far easier has sex with someone. I am merely just trying to show you the value I have on these things. I know I am VERY different to most people. I am constantly told this and have often left people baffled in the way I think and see things; and I have been both insulted and commended for it too. Either way, its just me.

I am not talking about people who have been in a fair amount, or a lot of, relationships that didn’t last or anything else of the sort. I am merely talking about my utter confusion towards players and the simple fact that I cannot understand how they can so easily “play” this “game”.

I know players and I know people who have been hurt terribly by them too. And aside from my confusion as to how someone could be a player, my concern is more for the people who are being played. There’s a lot of broken people out in the world, all desperately craving love… and most end up falling prey to players, only to be left more devastated and broken than before. If two people are in mutual understanding that they just having a “hot and heavy quick fling” then fair enough, it’s their lives. But if one person doesn’t know they are being played, as a lot don’t know, then it’s honestly just taking advantage and causing harm on another innocent person, which is completely unfair. I will never understand how some people find it so easy to break another. That is beyond me.