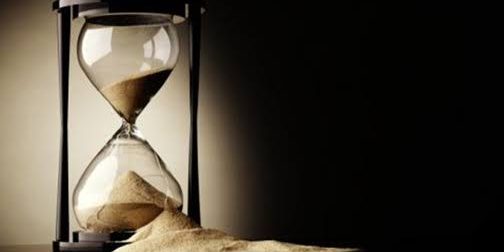 As most mornings go around 3am, I wake up with my mind on overdrive… sorting puzzle pieces and trying to make some kind of sense on some random topic or other. I think consciously, I have way too much on my mind; usually, a chaotic whirlwind of thoughts regarding work, life and everything in between, and all at the same time. Over too many years, I think my mind has learnt to become ADHD because so much is usually required of me, all at the same time. So, I think whatever has been “brewing” at the back of my mind (in my subconscious), seems to like voicing itself early hours of the morning… more than likely when my conscious takes “a breath” before continuing…. and it usually ends up in “unspoken verbal diaharrea”, leaving me with not able to fall asleep again. Admittedly, sometimes it is very strange. I will wake up doing the math and equations regarding months, dates and everything numerology related… or I will suddenly spark a new creative idea or concept for a new endeavor… it gets very random and unpredictable… but this morning… this morning my subconscious was trying to work out the concept of “time”.

So… “time”… what is “time”? One thing I have concluded, after this morning’s subconscious rantings, is that “time” is completely irrelevant in the broad-spectrum of things.

What am I on about? Well, let’s look at a few things “naturally”… in the physical aspect of the world.

Time. 24hrs. 1 day. 1 week. 1 year. That’s how we operate. That’s how planet Earth functions, basically. If you look at the other planets in our solar system, this same concept of time doesn’t apply.

For astronauts, floating in space, none of the above hours would apply to “their 1 day”. It depends on where they are located in the solar system.

So… now explain “how long” “time” really is? From when… ’til when? Time is not really relevant, or the same, in the broad-spectrum of our universe, is it?

Let’s step into a bit more of a mind twister. Have you ever had a dream that felt like it had lasted for hours on end, but it was actually only a few minutes long, according to the clock? The concept of “time” in the “dream world” is not the same, when compared to when you are awake. And what’s more, the same 5 minute dream (according to your clock) might “seem” like a couple of minutes and another, might “seem” like a couple of hours. “Time” is not relevant in the “dream world”.

Let’s jump a little step further… God holds the whole world in His hands. So, if He holds planet Earth, the other planets, sun, moon, etc etc… where Earth’s 1 day is 24 hours and Venus’s 1 day is 5 832 hours… ummm? This concept confirms the word “LIKE” that is used in the above Scripture. Our concept of time is limited… and irrelevant in the broad-spectrum of things.

Now, stepping aside to those who work according to Universal Laws. It says that whatever you are hoping for, you must believe you have it NOW, as if it has already happened… because the Universe’s concept of time is not the same as ours. Everything is happening NOW… no past, no future… NOW… all at the same time. (This is the same with God.) So again, our concept of time is irrelevant in the broad-spectrum of things.

Okay… I’m ranting I know. But stop and think about it. Try and grasp this concept. Try and imagine it. Try and fully understand it. You can’t. Perhaps, if we were capable of using more than a few percent of our “brain power”, then comprehending the concept of “time” might be possible. Until then, I think the full understanding is beyond our reach.

And yes, ALL OF THIS ran through my mind at 3am! Talk about overdrive, putting puzzle pieces together that are ever so random!