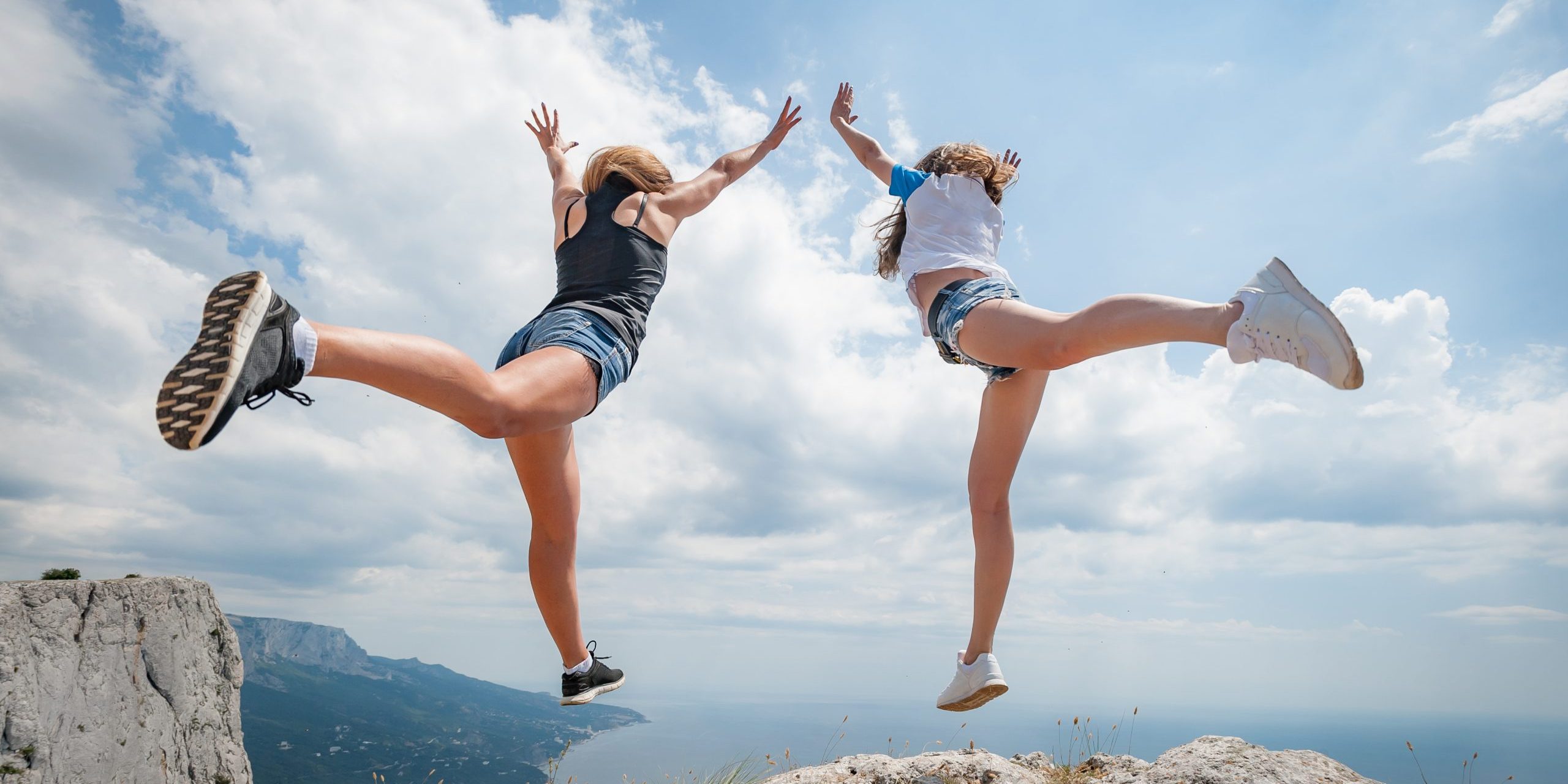 Looking back, my life seems like a series of “splats”. They say, “You never know, until you try,” and “If you don’t jump, then you might not fly.”

I am not talking about immoral risks or anything else of the sort. Nor am I talking about utterly ridiculous attempts that you know should definitely not be attempted. I am merely talking about life, in general.

When we first arrive on planet Earth, we go through our developmental stages. I think it is a common mindset that once we have reached a certain age, or certain milestones in our lives, then we automatically stop growing because, simply, we have learnt all we need to know. That’s very far from the truth.

Going back to your first baby steps… literally, your first baby steps… How many times did you fall, until you managed to walk properly? With each imbalanced step taken, you would fall. You would get hurt, sometimes more than other times. You would cry. Perhaps even throw a tantrum or two… But you kept trying! You got up, DESPITE the risks (and memories of past attempts), and you tried again! If you didn’t keep trying, you would then never have managed to walk. So, ultimately, “You never know, until you try.” I know this is a very basic and seemingly insignificant example for life… But without it, you would not be up and walking around today. Simple steps, that lead to greater things in your life.

Where am I going with this? Simply, rambling, maybe? But please hear me out, as I try sift through my thoughts.

I am trying to lead to the point, one that I have been trying to live by, that you should embrace fear “face-to-face” and have the courage to live life to the fullest, despite that it might come with failed attempts… or in my case, “splats”. Splats being that, “I jumped, I thought I could fly… Nope. Splat!”

When was the last time that you did something for the first time? In the beginning of lockdown, during Covid, I decided to take up skateboarding. Yes, at my age, I was ATTEMPTING to skateboard. Why? It was on my bucket list and it looked like so much fun! And, surely, it can’t be that hard!? Well, firstly, I have to say that I have a new found appreciation and admiration to those who can “fly” on their skateboards, performing trick after trick, with the simplest of ease. Skateboarding is NOT easy! AND it is PAINFUL! Personally, I am surprised that I did not land up in hospital with the amount of times I had fallen, and especially more so, the ways in which I would fall too. So many times, admittedly, I wanted to give up – so many times! But I got back on the skateboard, and tried once more. I knew my limitations. I never expected to be able to do some of the masterful tricks, that I had seen online, although, perhaps maybe, with far more dedication (and energy), I might just have!? But I had achieved balancing on the skateboard and several tricks. That was more than enough for me, to tick this off my bucket list.

“Courage is not the absence of fear. It is feeling the fear and doing it anyway.” (TJ Hoisington)

When was the last time that you did something, when you were almost frozen in fear? Or perhaps, you let fear paralyze you, and you never ended up doing it anyway? This could relate to absolutely anything in life! Getting a new job, trying a new venture, something you had never experienced before, asking that special someone out on a date, and so on. Do you have any regrets for the things you were too scared to attempt? I mean, if you don’t try then you’ll never know if you would have succeeded or not.

“I would rather try and fail, than not try at all.” (Unknown)

“In the end, we only regret the chances we didn’t take.” (Unknown)

Ultimately, this could even boil down to something that “sounds” as simple as DARING to just be yourself! This is something that I think every person, deep within themselves, craves desperately: to feel utterly free, in being who they truly are, regardless of anything else.

“To be yourself in a world that is constantly trying to make you something else is the greatest accomplishment.” (Ralph Waldo Emerson)

Personally, I am terrified of heights! So, thoughts of jumping out of a plane or even bungee jumping, only leads to my brain screaming, “NO! HELL NO! NO WAY!” Yet, as petrified as I am of this, I would find it far easier to do this than the defy the world around me in, simply, just being true to who I am as a person. “Fear of heights” seems so meaningless in comparison to coming face-to-face, daily, with the world, and trying to avoid being numbed out, and phased out, into the “acceptable norm.” Yes, as the years pass by, the world is becoming more and more modernized as to what is now acceptable, but if you look even at those things, the “new normal” is still dictated to us and categorized into “nice neat little boxes”, which all have “do’s and don’ts” and a “check list” of what needs to be done, in order to still be acceptable.

Regrets of the dying…

“I wish I had the courage to live a life true to myself, not the life others expected of me.” (Unknown)

“My biggest fear is not dying, really. It’s more that I am afraid of time. And not having enough of it. Time to figure out who I’m supposed to be. Time to find my place in the world before I have to leave it. I’m afraid of what I’ll miss.” (Unknown)

“Only you know who you were born to be, and you need to be free to be THAT PERSON.” (Ruby Rose)

Why is it so hard for us to be who we truly are? Rejection? Cravings of acceptance? And why does the world feel the need to have to put a label on everything, or fit everything into a box? Personally, I am tired of labels and I am forcefully trying to break out of any boxes that anyone puts me in, when it comes to being someone that I am not. I have already been told, throughout my life, that I am exceptionally different to everyone. This came with both mockery and praise. Feelings of rejection and acceptance. Both bad and good. I was mocked even for simply “loving and caring too much” – Seriously? I cannot understand what is wrong with that? But it was made out to be a bad thing. The world wanted to make me “hard”. With the times that I had felt utterly rejected for who I am, as a person, I tried to change my way of doing things. This lasted for a mere five minutes. To defy who I am, feels like I am killing myself on the inside. I, simply, cannot do it. It’s a struggle, as is, to live in this world, so to forcefully “kill” myself on the inside, does not sound logical to me at all. Why add more pain, on top of pain?

Through the vast majority of my life, I was constantly dictated to and forcefully molded into who I was supposed to be. It caused me to shut down within myself, and cut off from the world around me. I was utterly miserable. To add to this, I ended up feeling like I had no identity. I did not know who I was, what I liked or did not like, even in the simplest of things! Only in the recent years, I made the decision to figure all of this out. Better late, than never! Yes, I made all sorts of blunders and mistakes, I tried things I most certainly should not have tried. Everything I had been told I should not do, because it was “bad”, I did. I needed to make the decision, for myself, to figure out if these “things” were honestly bad or not. Simple example: I was raised growing up with the notion that tattoos and smoking is evil and you will go to hell for it. What did I do? I got tattoos and, yes, I started smoking. What did I realize for myself? Tattoos wasn’t going to send me to hell, and well, smoking is just outright bad for you. There are various other things that I have done, none of which I’ll go into, at least not now. I was in search of my identity, in every way possible, even in the seemingly insignificant things. I was a blank slate. What I should have learnt in the early years of my life, I was now only starting to learn in the last few years. Some came with “splats” and some did not. I still have a lot to experience in life, we all do, but the vast majority I think has been covered. I have established an identity, although, it is still an “identity in progress”. Never stop growing!

When I look back on my recent bad experiences, I do not regret them. I might not like the memories, but I cannot say that I did not grow from them, in at least one way or another. Despite the fact that I had encountered numerous “splats”, with them, I also ended up growing stronger for it too. So ultimately, even in the “worst case” scenarios, I gained strength… And obviously, the knowledge to definitely not do it again. With the things that I aimed to achieve in life, which took numerous attempts, each failed attempt only would lead me to knowing what “would not work”, in order to then figure out a way that would make it work… And it did. Never stop trying, if it’s important enough to you!

I have a tattoo that says, “Like a caged bird waiting to fly”… That tattoo inked my determination to break free and finally fly!

There is much, in life, that I am still yet to experience and still so much that I am aiming toward. For now, I have established who I am. I am “me”. I am not like the vast majority of people – I know that very well. But I choose to be different, and not to blend in. I know people will automatically assume things of me, simply, because of other people in the world; I choose to be the difference in their lives. I will not fit under a label, nor be put into a box. I choose to fly, even if at times my wings will fault and I will come tumbling down and “splat”. Breaking these barriers that the world likes to place on us, is UTTERLY FREEING. Yes, you’ll still have people ridiculing you and then, possibly, a war in your mind, but ultimately you need to decide what you want more in YOUR life – to fit into the “acceptable norm” or to feel UTTER FREEDOM in being true to who you really are, within yourself. You are the only one living YOUR life, after all – so why not live it the way YOU want to? You are stuck with YOU, for the rest of your life… So, then, do you want to be stuck with a “miserable you” or a “happy you”? It is your decision at the end of the day. Choose to be FREE! Choose to be YOU! THE REAL YOU!